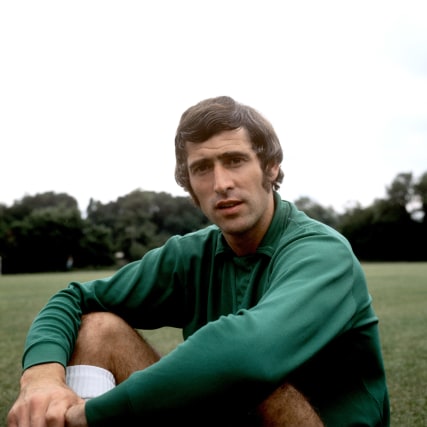 Former Chelsea and England goalkeeper Peter Bonetti has died, his former club have announced. He was 78.

Chelsea said in a statement: "Our former goalkeeper had been suffering from long-term illness. All at Chelsea wish to send our heartfelt and deepest condolences to Peter's family and friends."

Bonetti was nicknamed 'The Cat' for his outstanding reflexes and agility.

He made his Chelsea debut as an 18-year-old, keeping a first clean sheet in March 1960.

His shutout record was only surpassed by Petr Cech in 2014, while only Ron Harris, with 795 has made more appearances for the Blues.

Harris and Bonetti were long-time team-mates, as was Bobby Tambling, who scored 202 Blues goals, a record only beaten by Frank Lampard in May 2013.

His Chelsea spells were punctuated by a brief stint in the United States with St Louis Stars. He also had spells with Dundee United and Woking.

Bonetti made seven appearances for England, including in the 1970 World Cup finals, but Gordon Banks was always preferred.

He was in the 1966 World Cup-winning squad, but did not play, belatedly receiving a winners' medal in June 2009.