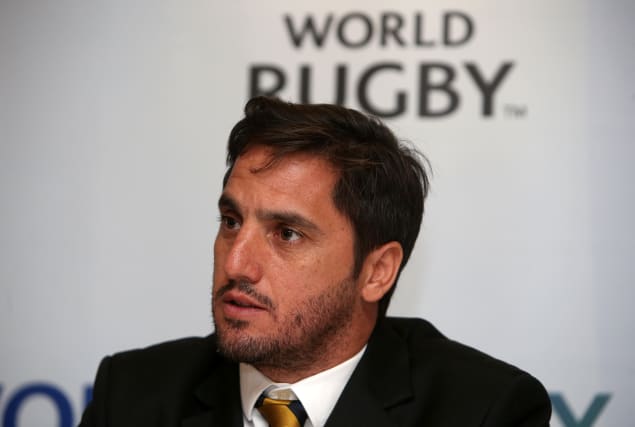 Sir Bill Beaumont faces competition in his bid to be re-elected as World Rugby chairman after vice-chairman Agustin Pichot launched his campaign.

Former Argentina and Bristol captain Pichot announced he was running for the role on Twitter.

The 45-year-old claimed the crisis caused by the coronavirus outbreak was an opportunity for “global realignment” of rugby.

Sir Bill announced he was standing for a second four-year term in January with French Rugby Federation president Bernard Laporte as his proposed vice-chairman.

Pichot, who also had a spell with Richmond in the late 1990s, wrote: “Women and men, we all fight for and believe in fair, equal and more inclusive world. Do we?

“If so, it is time to make these dreams a reality for our sport, rugby.

“It is time to think of a sport where professional and commercial income is becoming a true benefit for all, by empowering rugby’s growth around the world and by moving on from the time where those benefits were for just a few.”

The former Pumas scrum-half added: “It is a critical time and a critical election.

“The current crisis is an opportunity for the global realignment of our game. We cannot miss it.

“It is time to align our global calendar and demonstrate our strategic intent to attract the sustainable investment we need, or risk falling back to individual hand-outs and rants in the absence of a long-term vision for a global game.

“It is time to change, to focus our attention, love and dedication to all unions and federations equally.”

The election is due to be held next month.