Jonny May to rejoin Gloucester at end of season 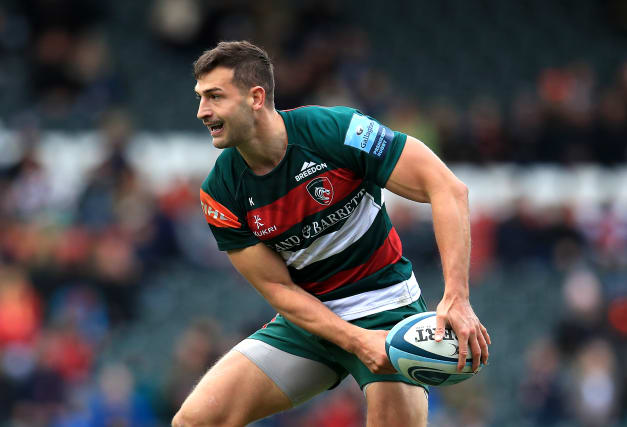 England wing Jonny May will rejoin Gloucester at the end of the 2019/20 season after deciding to bring an end to a “challenging few years” at Leicester.

May swapped Kingsholm for Welford three years ago and has since gone on to score 30 tries in 44 appearances but while he spoke fondly of his time with the Tigers, he admitted he has decided to move on.

The 27-year-old, capped 56 times by England and an integral part of the side that reached the World Cup final last year, has ostensibly agreed to link up with Gloucester on July 1.

However, with the Gallagher Premiership campaign suspended for the foreseeable future because of the coronavirus pandemic, it remains to be seen whether this will have any impact on the move.

For now, he is savouring a return to a club he first joined in 2009, coming through the academy before establishing himself as one of the country’s best wingers.

He said on Leicester’s official website: “I’m proud of my time at Leicester Tigers. What an amazing experience to have played for such a great club.

“It really has developed my game and it’s brought the best out in me as a player. I gave 100 per cent every time I put the shirt on and I have no regrets.

“For numerous reasons it hasn’t worked out for me to stay on at Leicester Tigers, which is a shame. It’s been a challenging few years but I have made some great mates and worked with some brilliant people.”

He added on Gloucester’s website: “Once I had made the decision to leave Leicester there was only ever one club I really wanted to play for.”

Gloucester director of rugby David Humphreys revealed the club have been in talks with May for a while.

Humphreys said: “We’ve been talking to Jonny for a little while, and were very close to an agreement before the Premiership was postponed and our discussions had to be put on hold.

“With the changing landscape in English rugby and beyond, we very much appreciated Jonny’s pragmatic approach to our discussions.

“Our supporters will have watched his performances for England over the last couple of seasons, and will be looking forward to watching him back playing at Kingsholm for Gloucester.

“There’s no doubt he’s a world class player, who would be an asset to any side.”