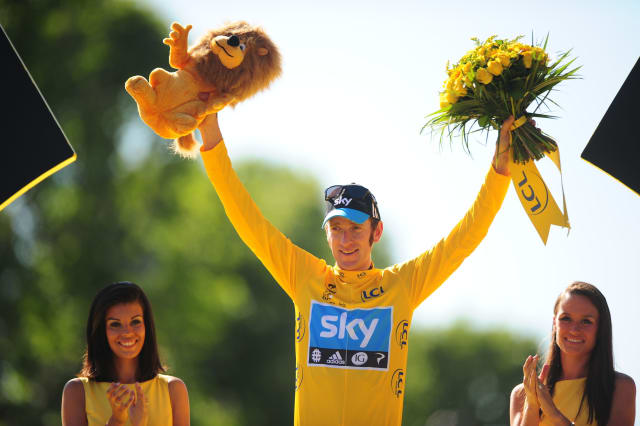 “Job done, really” was Bradley Wiggins’ (the Sir was yet to be added) understated summing up of his achievement in becoming Britain’s first winner of the Tour de France.

His victory in the 2012 race laid the foundation for years of British dominance in the years to come, but was only part of a remarkable summer for Wiggins, who went on to win Olympic gold just a few days later.

Here the PA news agency looks back on how Wiggins made the breakthrough in France.

The making of Wiggo

Wiggins was well established as a track star, having won four Olympic golds across the Athens and Beijing Games, before his talents on the road began to blossom. After he finished third in the 2009 Tour de France for Garmin-Slipstream, there was no question who Dave Brailsford wanted to build Team Sky around when launched the following year. Wiggins’ 2012 campaign began in remarkable fashion as he won Paris-Nice, the Tour de Romandie and the Criterium du Dauphine to establish himself as the man to beat in that summer’s Tour.

Having finished second in the opening prologue, Wiggins moved into yellow by stage seven, the first summit finish of the race. He padded his lead with victory in the stage nine time trial, then held off an attack from Vincenzo Nibali on stage 10.

What followed on stage 14 caused years of arguments and remains the topic of much debate. Chris Froome was riding as super-domestique for Wiggins, and had helped him close the gap on his rivals on stage 11. But near the end of the stage, the younger man looked ready to challenge his leader as he accelerated four kilometres from the finish in La Toussuire, only to be told to wait by the team. At the time, Froome denied he had intended to attack his team-mate though the now four-time Tour winner later admitted Wiggins’ late collapse in the previous year’s Vuelta gave him doubts over Wiggins’ ability to see the job through. Froome went on to finish second behind his team-mate.

With internal rivalries put to one side for now, the race resumed but more drama was to come. On stage 14 spectators threw tacks on the road. Defending champion Cadel Evans was among those to suffer a puncture and Wiggins ordered his team-mates and the rest of the peloton to slow and wait for the Australian, believing it unfair to press on their advantage. Wiggins was hailed as ‘Le Gentleman’ for his actions.

Wiggins had long been at his best when racing against the clock, and effectively sealed overall victory by winning the stage 19 time trial. He had one more job to do, however, as Wiggins and his yellow jersey led out his old friend and team-mate Mark Cavendish, who took victory on the final stage on the Champs-Elysees.

Wiggins barely had time to celebrate his win as he headed straight to London for the Olympics, but a little over a week later he could offer a victory salute from a throne after doubling up with time trial gold. Wiggins’ win proved a breakthrough as Team Sky/Ineos went on to win six of the next seven Tours, five with Brits as Froome took four and Geraint Thomas won in 2018. Although questions have since been raised about Wiggins’ use of Therapeutic Use Exemptions (TUEs), his 2012 victory was a vital part of the British cycling success story of the past decade.