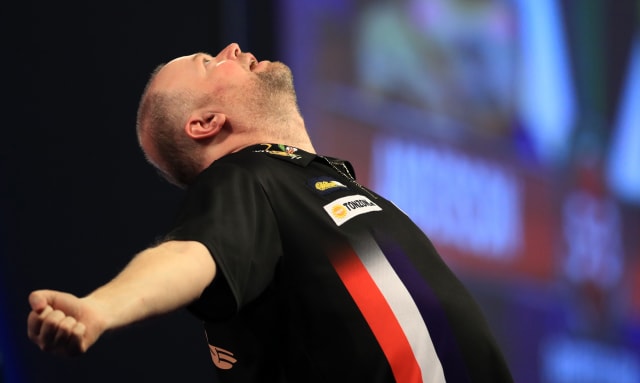 Five-time world champion Raymond Van Barneveld recovered from 6-3 down to beat Phil Taylor in a charity darts match played from their living rooms.

It was billed as the biggest clash in stay-at-home darts history with Van Barneveld winning 7-6 as he renewed his rivalry with Taylor on a soft-tip interactive board.

The pair also hit 15 maximums to raise £15,000, which will be split between NHS charity Heroes and the Haaglanden Food Bank Foundation, as the sporting world continued to lend its support during the coronavirus crisis.

Taylor, a 16-time world champion playing from his home in Stoke, won three straight legs after being 2-0 down to take a 5-3 lead.

Van Barneveld, playing in The Hague in Holland, initially struggled as Taylor picked up the ninth leg to move within one of victory.

But the Dutchman rallied to level at 6-6 after missing double 12 for a nine-darter and then, as Taylor’s game deserted him, took the final leg to claim victory with a 119 average.