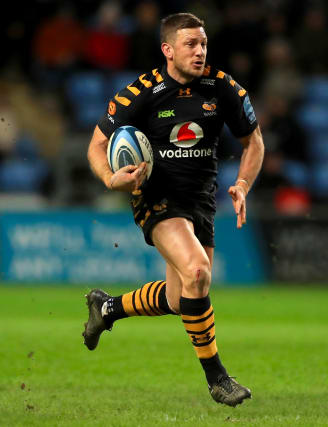 Wasps fly-half Jimmy Gopperth has urged people to pick up the phone over the “tough” Easter weekend and speak to family and friends.

The Coventry-based Premiership club devised the #MakeThatCall campaign with the aim of supporting their fans during the coronavirus crisis.

Players have been calling NHS staff, other key works, and vulnerable people including the elderly.

Gopperth knows better than anyone how it feels to be away from loved ones, with most of his family thousands of miles away in his home country of New Zealand.

“Easter is normally the time when families get together,” he told the PA news agency.

“It’s going to be tough. My family is out in New Zealand – grandmas and parents. It’s the same situation for me, having no family around.”

Gopperth urged families to have a virtual Easter Sunday lunch using modern technology, and said he was speaking more often to his loved ones in New Zealand due to the pandemic.

And he said it was humbling to ring up Wasps supporters and hear what a difference it makes to them.

He said: “The community is big for us at Wasps. Especially the elderly people who are fully isolated, it is about reaching out.

Harlequins, Leicester, Saracens, Bath and Gloucester are among other Premiership Rugby clubs to join the #MakeThatCall campaign.

Premiership Rugby chief executive Darren Childs said he was proud of the clubs taking part, and added: “The past weeks have been tough for us all, but making these calls to our supporters, and hearing these heart-warming stories have kept us all going.”