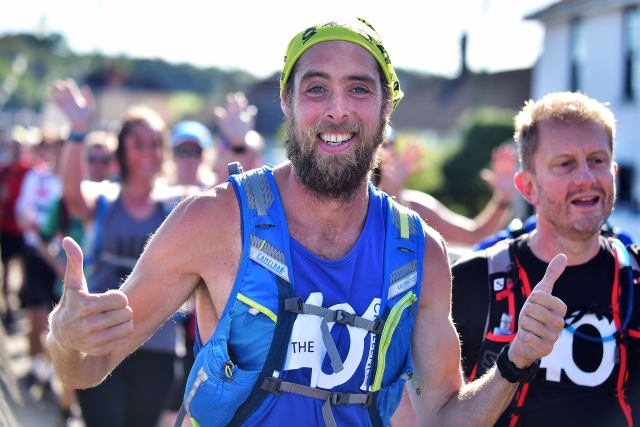 Global lockdown may not be the best way to prepare for a 104-day, 114,000-mile run and cycle around all 50 US state capitals, but ultra-runner Ben Smith is undaunted by the extent of his latest challenge.

Instead of currently pounding the roads for hours on end, Smith is couped up at home with just a spin-bike and a clothes-horse for company as he builds up to the attempt which is scheduled to begin in Maine on July 1 next year.

Four years after running 401 marathons in as many days, Smith is attempting to raise £1 million for two UK charities by running a marathon in each state capital – and cycling between them.

“I’m training in my spare room which is doubling as an office, somewhere to dry clothes, and somewhere to put a spin bike,” Smith told the PA news agency.

In tandem with his attempt, Smith has launched the ‘Virtual Fitness Challenge’, to which members of the public can sign up and see how far they can get along the course, employing any one of over 100 exercise techniques from running to making the bed.

“It’s about inspiring and motivating people, and giving them the confidence and self-esteem to achieve something they didn’t feel they could, both during this lockdown period and after it,” added Smith.

“Our lives have been completely and utterly turned around and we are having to learn to live and work in a different way. This will have an effect on people’s well-being.”

Having been bullied at school and attempted to take his own life twice before being introduced to running at a relatively late stage, the 37-year-old Smith is keen to stress the importance of mental as well as physical well-being.

The two UK charities for whom he is raising funds, the 401 Foundation and the Youth Sport Trust, both encourage physical activity to tackle mental health issues.

He added: “My confidence and self-esteem were shattered and I lived the life people thought I should.

“It turned around when I was 29 and was introduced to running. My confidence grew because I was doing something that I enjoyed.

“I might not have been the best or the fastest but I was doing something that was good for my self-esteem.”

:: All signatories to the ‘Virtual Fitness Challenge’ will receive a gift box to be donated to a member of the frontline services of their choice who is fighting the coronavirus crisis.