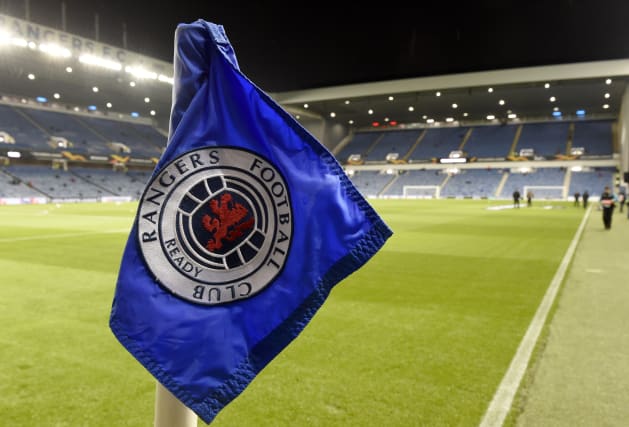 Rangers are railing against the SPFL’s plans to curtail the Championship, League One and League Two seasons, warning of “severe consequences for the Scottish game” and labelling plans to relegate clubs “abhorrent”.

With play halted in Scotland, the league announced proposals to immediately end the three divisions below the top flight and determine final placings by points per game in league matches played to date by each club.

Wednesday’s resolution also recommends that the Ladbrokes Premiership remains postponed for the time being, although final season placings would be determined by the same system if the SPFL’s board determines matches cannot be played.

That could see Celtic crowned champions for the ninth successive season and Hearts relegated, but the immediate impact of the plans would be relegation for Partick Thistle and Stranraer.

Steven Gerrard’s second-placed side are 13 points behind Celtic and “firmly believe that the 2019/20 season is only complete when all 38 games have been played to a finish”, while they say this SPFL resolution cannot be accepted.

Rangers said in a statement: “It is important to recognise that these clubs across all the leagues are now in a financially precarious situation.

“As a club, Rangers will immediately propose a member’s resolution which would release prize money to be distributed to all clubs throughout Scotland urgently.

“We believe that this is the priority in the present circumstances.

“It is vital to show respect for all clubs across the Scottish game, regardless of league position or financial standing. We must work together with a unity of purpose for the betterment of the Scottish game.

“We are also acutely aware of other issues which are less pressing but are forming key parts of the football narrative in Scotland.

“Nothing is more important than protecting the future of every club in Scotland as we are cognisant that this has a direct impact upon people’s livelihoods.

“It is abhorrent that certain clubs could be unfairly relegated if the current SPFL proposals were implemented. We must future proof the Scottish game.

“Any restructure of the SPFL or other solutions to the current impasse must be afforded time to scrutinise in detail and consider all options.

“Scottish football must work together for the common good of every club, their staff and supporters.

“Any attempts to railroad changes to existing rules or run roughshod over corporate governance will be opposed in the strongest possible terms. We must allow decisions to be made in a rational, fair and balanced manner.

“In the meantime, we expect clubs to support our member’s resolution which will provide financial support to those who need it most.”

That strongly-worded statement was swiftly followed by Partick saying they “will simply not accept this proposal as it stands”.

“We believe that the proposal requires significantly more discussion, scrutiny and debate before any vote can be taken,” the bottom-placed Championship side said.

“We are now engaging with others to amend the proposal to identify a fairer and more equitable solution to address a number of inequalities it throws up.”

Partick Thistle’s Firhill Stadium in Glasgow (Jane Barlow/PA)Stevie Farrell, manager of rock-bottom League One side Stranraer, told Clyde 1: “Sporting integrity is about being equitable, it’s about being fair and making sure nobody’s at a detriment at these unprecedented times.

“There are only two teams that are going to be at a detriment, and that’s Stranraer and Partick Thistle. And with a quarter of the season left, that’s just not acceptable.”

Dundee United would be promoted to the Premiership if the resolution passes, while Raith Rovers would move up to the Championship and Cove Rangers would join League One.

The SPFL circulated the resolution to its 42 members clubs recommending the immediate termination of the 2019/20 season for those divisions, the cancellation of all play-off competitions and that final places are decided on a points per game basis.

“Everyone is aware of UEFA’s desire for the family of European football to work together to resolve the issues that confront us all,” he said.

“We are keen to work with UEFA and remain in discussion with them over the situation in Scotland.

“The quicker we reach a final position the better, but there is no doubt this is the most complicated and challenging situation our game has faced in living memory.”

Meanwhile, Kilmarnock are placing their first-team squad, coaching staff, academy employees and the majority of administration staff on furlough through May.

St Johnstone are furloughing most of their playing squad, coaching staff and non-playing staff.