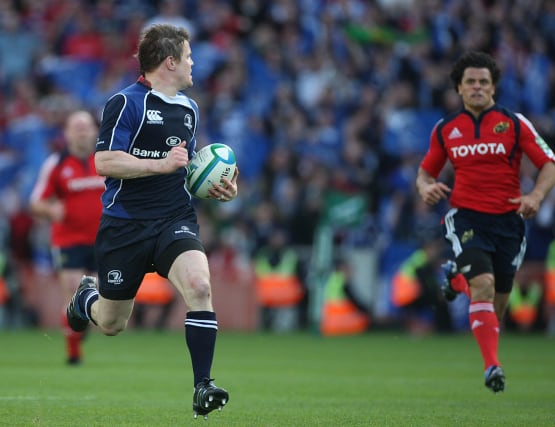 Like all sports, rugby union is currently getting to grips with effects of the coronavirus pandemic.

Postponements and cancellations have hit across the board, and here, the PA news agency looks in detail at the impact.

The domestic season in England below the Gallagher Premiership has been ended by the Rugby Football Union, with final league placings in the Greene King IPA Championship settled by a ‘best playing record formula’. The Tyrrells Premier 15 campaign was declared null and void. The Scottish Rugby Union scrapped the remainder of its 2019-20 domestic games, with Murrayfield chiefs deciding it was “not a reasonable prospect in a safe and practical time frame” to resume and the Welsh Rugby Union cancelled all league and cup competitions for this term, covering all competitions currently under way, as well as matches between Welsh and Scottish clubs due to take place in April. World Rugby called time on its Under-20 Championship, which was scheduled in Italy this summer.

What events have been postponed, and until when?

This season’s Guinness Six Nations was the first major rugby union event to be hit, with four games – Ireland v Italy, Italy v England, France v Ireland and Wales v Scotland all postponed. No rearranged dates have been set, but late October has been mooted. England’s Gallagher Premiership is currently on hold indefinitely, though the governing body are discussing scenarios for a possible return once safe to do so, with the Guinness PRO14 – featuring teams from Wales, Scotland, Ireland, Italy and South Africa – also suspended indefinitely. European rugby chiefs postponed the Champions Cup and Challenge Cup quarter-finals, which had been due to take place early next month, while HSBC World Rugby Sevens Series tournaments in London and Paris were postponed, in addition to the Melrose Sevens. Major competitions across the world have also been affected, highlighted by the southern hemisphere’s Super Rugby tournament – involving teams from Australia, New Zealand, South Africa, Japan and Argentina – currently being suspended. The postponement of the Olympics affects the men’s and women’s sevens tournaments at the Games. In France the Challenge Cup and Champions Cup knockout stages have also been pushed back to an unspecified date.

How about England’s tour of Japan?

A much-anticipated return to the scene of England’s recent runners-up World Cup finish is slated for July but seems highly unlikely to go ahead, particularly with the Tokyo Olympics already scrubbed from the calendar. No final decision has been made but an end of April deadline has been agreed between the respective boards and World Rugby. At present the outcome seems a formality.

That is the big question for rugby chiefs throughout the world. They are dealing in unknown factors at the moment but all current information points to no resumption of competitions any time soon. England’s 2020-21 season is scheduled to start in mid-September, while players will also need a break from games and training before that all gets under way. The general feeling is of competitions this term being curtailed or cancelled, although there is a precedent for a Six Nations resumption. In 2001, three of Ireland’s games were postponed following an outbreak of foot and mouth before being played in the September and October of that year. The sport is currently gripped by a huge bout of finger-crossing.

What is the financial impact?

In short, it is due to place an enormous strain at home and abroad. England head coach Eddie Jones has joined RFU executives in taking a 25% pay cut to deal with the short-term impacts, while a host of clubs have had to look at bringing about salary reductions, cost assessments and furloughing measures. The already precarious USA Rugby has filed for bankruptcy and there are concerning issues for Rugby Australia’s financial position. Only time will tell how the sport recovers.