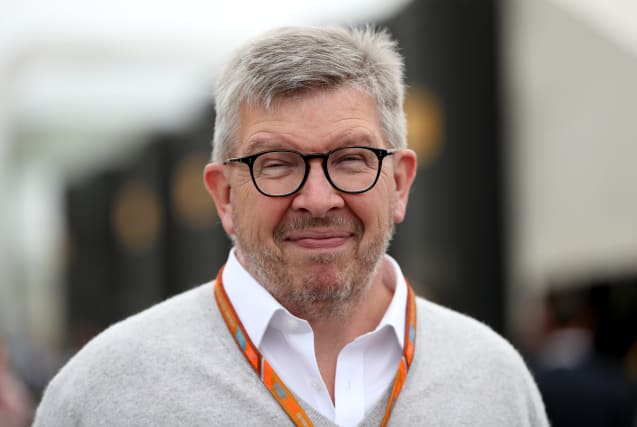 Formula One boss Ross Brawn says the 2020 season will likely begin behind closed doors in Europe after the delay caused by the coronavirus pandemic.

The Canadian Grand Prix became the latest race to be affected by the crisis on Tuesday – the ninth to be postponed or cancelled – with organisers now working on a revised calendar for when the campaign can eventually begin.

The season is on hold until the end of June at the earliest, with the French Grand Prix on June 28 the next race still scheduled to go ahead as planned.

The F1, the FIA and the teams are in regular contact to discuss when, where and how the campaign can start and Brawn says his desire is to get racing as soon as possible.

“Travel for the teams and travel for everyone involved is going to be one of the big issues,” said F1 managing director of motorsports Brawn, who was speaking to Sky Sports.

“You could argue once we get there we could become fairly self-contained. Our view is probably a European start will be favourable and that could even be a closed event.

“We could have a very enclosed environment, where teams come in on charters, we channel them into the circuit, we make sure everyone is tested, cleared and that there is no risk to anyone.”

Brawn said it would be credible to have a 18-race calendar should it be safe to begin the campaign as late as July – with a series of triple headers followed by a weekend off.

F1 bosses and promoters are also looking at a number of two-day Grand Prix events to ease the pressure in a compressed calendar.

“Eight races is the minimum we can have a world championship, [according to] the FIA Statutes,” said Brawn. “We could achieve eight races by starting in October. So if you wanted a drop dead point it would be October.

“We have looked at all the logistics, and we think we can hold an 18-19 race season if we can get started at the beginning of July. The choice is between those two numbers.

Ferrari team principal Mattia Binotto insists he is amenable to any schedule that is proposed.

“I’m pretty sure Chase (Carey, F1 chairman) and the teams will be capable of putting together the best championship we can have,” the Ferrari chief said.

“From our side, we are ready for whatever is needed whether short race weekends, double races, whenever it will finish or packing the races together.

“It is important to be flexible and making sure we can have good races as well for the fans.”