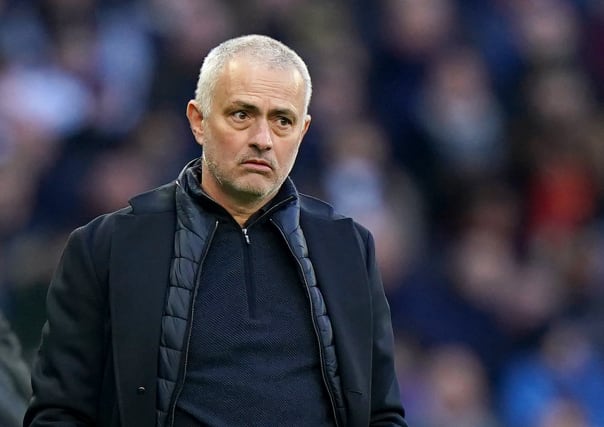 Tottenham boss Jose Mourinho has accepted he was in the wrong for holding a one-on-one training session with Tanguy Ndombele in a public park.

Mourinho was pictured on social media flaunting government rules by meeting up with the midfielder on Hadley Common on Tuesday, even though they kept to social distancing guidelines.

Fellow Spurs players Davinson Sanchez and Ryan Sessegnon were spotted running side by side in a separate session, while Serge Aurier filmed himself on Instagram running alongside a friend.

Mourinho has held his hands up and admitted that he was in the wrong.

“I accept that my actions were not in line with government protocol and we must only have contact with members of our own household,” he said.

“It is vital we all play our part and follow government advice in order to support our heroes in the NHS and save lives.”

While Mourinho accepts he was in the wrong by holding the session, it was an isolated incident, with group sessions taking place online.

But it is the latest bad news story for Spurs, who have attracted widespread criticism for their decision to furlough non-playing staff last week.

British Cycling chief executive Julie Harrington said: “At this stage, 90 roles – around a third of the workforce – will be furloughed, the majority in April and some in May.

“Other steps we are taking to manage the impact on our revenue include a 10 per cent pay cut in May and June for myself and members of my leadership team.”

Harrington stressed the organisation’s desire to bring back its furloughed employees once the magnitude of the pandemic has abated.

She added: “Employees who are being furloughed are among those we will rely on to ensure our sport can return with strength and, while they cannot work for British Cycling during this period, they are still part of our team.”