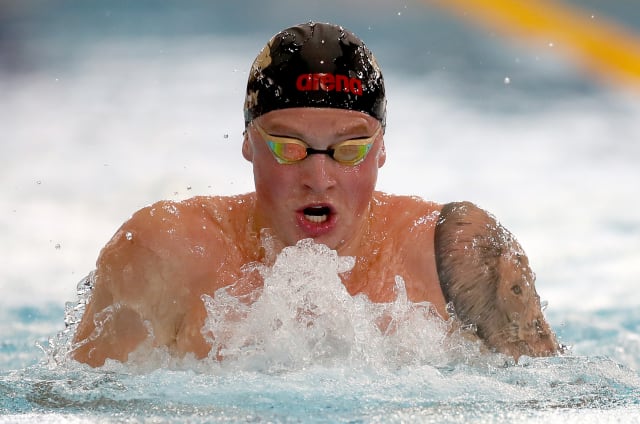 Swimming superstar Mark Spitz believes Adam Peaty will face the biggest challenge of his career when he bids to convert his dominance into more gold medals at next year’s delayed Tokyo Olympics.

As far as Spitz is concerned, the 25-year-old Peaty will be heading into uncharted waters when he aims to defend the 100 metres breaststroke title he claimed in Rio in 2016.

Spitz swept the board with seven gold medals, including four in the individual events, at the Munich Olympics in 1972, a record haul for a single Games that would last until 2008 when it was eclipsed by Michael Phelps.

Spitz announced his retirement at the age of 22 after Munich, resisting the opportunity to pursue a defence of his titles, something he considers an enormous task even for such a dominant figure as Peaty.

“Adam is going to have even more pressure on him now,” Spitz told the PA news agency.

“It’s one thing when you’re breaking on to the scene and you go to the Olympics and do well, but now he’s going to another Games with more responsibilities, and more things on his mind.

“For me, I knew I was going to retire after Munich. I wasn’t going to stick around for another four years for the next Olympics.

“That’s what makes the Olympics so interesting, that there are so many athletes who can come into their own in between the Olympics, but when the Olympics come around they’re nowhere to be seen.

“You get that fear of responsibility. I don’t think it is going to happen to him – I think he will be perfectly fine. But I think that is the toughest thing.”

Spitz, who had won two relay gold medals in his first Games in Mexico City at the age of 18, concedes that breaststroke, the only one in which he never won an individual medal, was his “worst stroke”.

Yet he admitted he has been able to marvel at the way Peaty has pushed the barriers of his chosen events, shattering his long-held ambition of breaking the 57-second barrier for the 100m at last year’s World Championships.

“I don’t know whether he’s working on strength techniques that are enabling him to get a better kick, or maybe it’s in his turns or his start,” added Spitz. “It looks like it’s down to a little bit of everything.”

Despite his premature retirement from the sport, Spitz, now 70, remains an interested observer and is waiting for his sport’s new star to emerge in Tokyo in 2021.

Phelps’ retirement after Rio with a record 23 gold medals to his name has left a vacancy for the next big star who is going to sweep the board in a manner begun by Spitz’s dominant series of performances in Munich.

“It will be the first Olympics without Michael Phelps so I think the world is fascinated to see who will fill his shoes. It might take several people to do it, but I think Caeleb may have the best chance.”