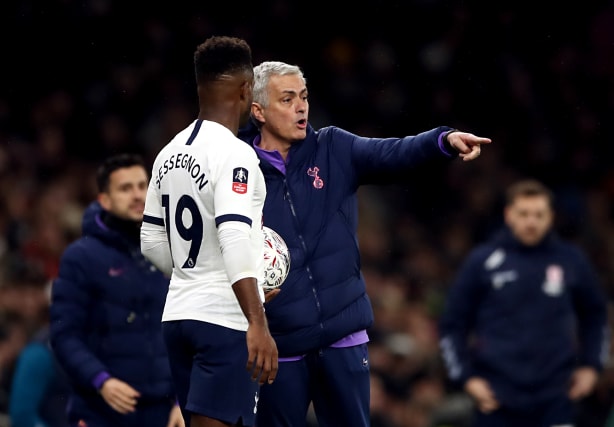 Tottenham’s players have been reminded of their responsibilities during the coronavirus lockdown after some were spotted flouting social distancing rules as Jose Mourinho was seen working in a public park with Tanguy Ndombele.

The Premier League has been suspended since mid-March due to the Covid-19 pandemic, with Government-enforced measures meaning people can only go outside for food, health reasons or work if you cannot do it from home.

Individuals are also allowed to go for a walk or exercise outdoors once a day if adhering to social distancing guidelines, which means a gap of more than two metres unless with members of the same household.

But pictures and video have emerged on social media appearing to show some Spurs players ignoring those guidelines.

Spurs manager Mourinho was pictured doing a session with midfielder Ndombele on Hadley Common, where it is believed the pair were only working together despite an image seeming to show two other people with them.

Davinson Sanchez and Ryan Sessegnon did their own work and were caught by a social media user running side by side around the same park in Barnet, north London.

Spurs right-back Serge Aurier also posted a video of himself on Instagram jogging alongside another person, with the club have underlining the Government’s Covid-19 regulations to their players.

A spokesperson for Tottenham said: “All of our players have been reminded to respect social distancing when exercising outdoors.

“We shall continue to reinforce this message.”