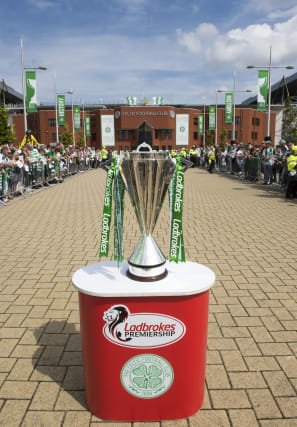 Scottish clubs will hold further talks with league officials on Wednesday in a bid to secure more clarity on the fate of the current season.

A number of clubs have already called on the Scottish Professional Football League to declare the standings as they are but Hearts have threatened legal action if they are relegated with eight games left and Rangers vowed to challenge any attempt to declare Celtic champions.

The Belgian league and UEFA have since held talks and will hold further discussions with Ceferin insisting the European governing body must have final approval on which teams enter the Champions League and Europa League but pledging to take individual circumstances into account.

Cowdenbeath called for a declaration of the season on the eve of the latest conference call between clubs and the SPFL.

A club statement read: “Our own view is that season 2019/20 is unlikely to resume and thus we believe it should be called now on an as it stands basis.

“There are of course a range of views including those of UEFA. The benefit of calling the season now is that it offers a degree of clarity as opposed to continuing uncertainty.

“It will hopefully unlock distribution of SPFL positional based fees for season 2019/20, allows us to more clearly plot our cashflow position for the coming months, lets clubs turn their attention to player contracts (which in our case mostly expire early in June), gives certainty that we will not be called back into action at short notice, and clubs know which league they will be in next season – whenever football does eventually resume.”

St Mirren became the latest club to furlough players and other staff, less than 24 hours after Rangers announced wage deferrals for players and coaching staff plus utilising Government grants for other employees.

The likes of Cowdenbeath, Dumbarton and Edinburgh City have also announced this week that they are using the furlough scheme.

Airdrie have parted company with assistant manager Colin Cameron on “mutually agreeable terms” as they seek to mitigate the financial impact of the pandemic.

A number of clubs have reported major progress on fundraising initiatives. Dunfermline fans have supplied £35,000 to their club, just short of their target, while Fife rivals Raith Rovers are closing in on their revised £50,000 target.

However, clubs will be pushing the league for more certainty on Wednesday afternoon with the SPFL board set to discuss options earlier in the day.