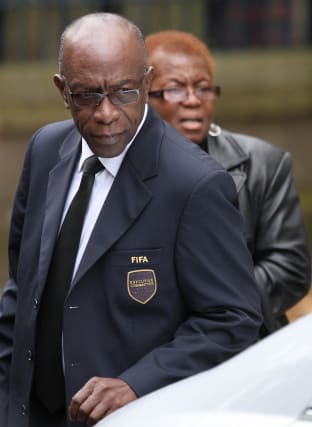 FIFA says it will seek further information from the United States Department of Justice regarding allegations of bribery in relation to the 2018 and 2022 World Cups.

Prosecutors in the United States have tabled fresh allegations of bribes being paid to former members of the governing body’s executive committee.

An indictment unsealed on Monday in a US District Court in Brooklyn alleged that Nicolas Leoz, the then-president of South American football’s governing body CONMEBOL, and former Brazilian national federation president Ricardo Teixeira accepted bribes to vote for Qatar at FIFA’s executive committee meeting in December 2010.

The indictment also alleges Jack Warner of Trinidad and Tobago, who was president of the CONCACAF confederation which covers countries in North and Central America plus the Caribbean, received five million US dollars (just over £4million at current exchange rate) in bribes to vote for Russia’s hosting of the 2018 World Cup.

Leoz died in August last year, while Teixeira and Warner have been given life bans from all football activity by FIFA.

The updated indictment alleges 53 counts of illegal behaviour in total.

A statement from a FIFA spokesperson on Tuesday said: “FIFA supports all investigations into alleged acts of criminal wrongdoing regarding either domestic or international football competitions, and will continue to provide full co-operation to law enforcement officials investigating such matters.

“FIFA is closely following these investigations and all related developments in the legal processes ongoing in the United States and other parts of the world.

“It is important to point out that FIFA has itself been accorded victim status in the US criminal proceedings and senior FIFA officials are in regular contact with the US Department of Justice. Following the latest indictment, FIFA will ask the DOJ for further information on these matters.

“The FIFA ethics committee has already imposed sanctions, including life bans, on football officials mentioned in this process.

“So far as FIFA is concerned, should any acts of criminal wrongdoing by football officials be established, the individuals in question should be subject to penal sanctions.

“As the respective criminal cases are ongoing we are not in a position to comment further for the time being.”

The document also alleges a range of bribery and corruption offences in connection to broadcasting rights in North and South America for the 2018 and 2022 tournaments, including events that led to the Fox network gaining the rights to show those competitions in the US.

Warner is alleged to have received bribe money for his Russia vote from 10 separate shell companies spread across countries including Anguilla, Cyprus and the British Virgin Islands.

“The profiteering and bribery in international soccer have been deep-seated and commonly known practices for decades,” William F Sweeney, assistant director in charge of the FBI’s New York field office, said in a statement issued by the office of the US Attorney in the Eastern District of New York.

“Over a period of many years, the defendants and their co-conspirators corrupted the governance and business of international soccer with bribes and kickbacks, and engaged in criminal fraudulent schemes that caused significant harm to the sport of soccer.

“Their schemes included the use of shell companies, sham consulting contracts and other concealment methods to disguise the bribes and kickback payments and make them appear legitimate.”

The Qatar World Cup organising committee has been contacted for comment.