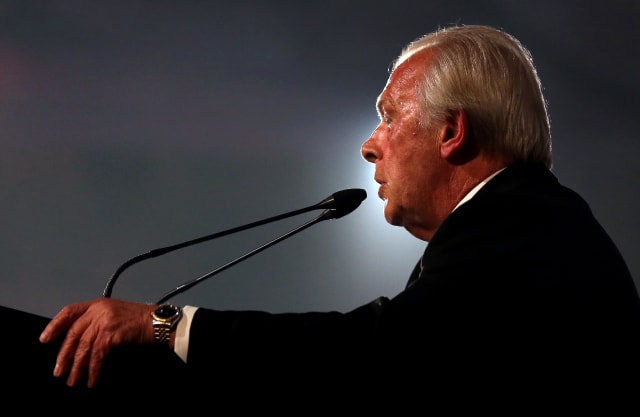 Professional Footballers’ Association boss Gordon Taylor says Premier League players have “agreed to play their part” during the coronavirus pandemic while other sporting events have been postponed on Tuesday.

Premier League clubs have proposed wage cuts of around 30 per cent for their players, but negotiations with the PFA have hit a stumbling block.

Members are concerned that the money made by their financial sacrifice will not be going to the right places, namely the NHS and public services.

The stalemate has seen the players receive widespread criticism, with health secretary Matt Hancock calling for them to take a cut.

“They’ve all agreed to play their part,” PFA chief executive Taylor told BBC Radio 4’s Today programme, adding that players are “responsible enough” to know wages are a factor in any club’s expenditure.

“We’ve been consistent with what we’ve said from the beginning and the fact is the players feel quite aggrieved that the secretary of state for health should put them in a corner without looking.

“They’re not self-employed, they make massive contributions to the Treasury and they’ve also quite logically felt that if they don’t get that money, if a third is deferred or a third is cut, then the Treasury is £200 million a year worse off and that could be going towards the national health and will be needed.”

Two more MotoGP events have been postponed because of the pandemic.

A statement from organisers read: “As the situation remains in a state of constant evolution, new dates for these grands prix, as well as the recently-postponed French and Spanish GPs, cannot be confirmed until it becomes clearer when exactly it will be possible to hold the events.”

The Mercedes F1 team will start delivery of up to 10,000 new breathing devices to the NHS this week – part of Formula 1’s Project Pitlane scheme to help fight coronavirus.

Olympic champion Adam Peaty will take part in a virtual bike race on Wednesday to raise money for the NHS.

The 2016 gold medallist will race the 100km ride along with Commonwealth Games boxer Callum Johnson at 10am via virtual racing platform Go Swift.

Peaty tweeted: “I’ve decided to join the 100km ride to raise money for the NHS Charities tomorrow @ 10am on @GoZwift. It’s a public and open event and would be great to have you ride with us!”

The 25-year-old was preparing to defend his 100m breaststroke crown won at Rio four years ago before the 2020 Tokyo Games were postponed.