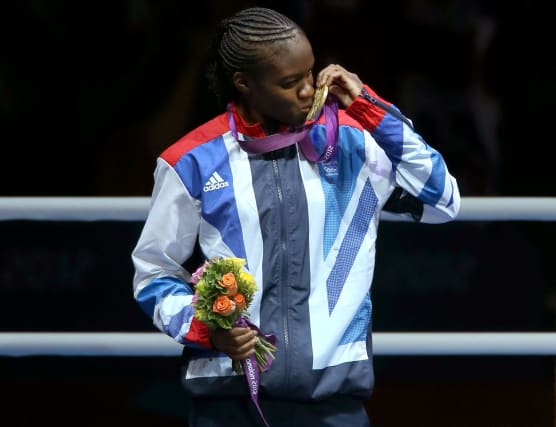 Nicola Adams took advantage of the introduction of women’s boxing to the Olympic Games for the first time by soaring to an unforgettable gold medal at London 2012.

Here, the PA news agency reflects on a remarkable series of events which elevated Adams into one of the nation’s most recognisable sporting figures.

By the time women’s boxing was first admitted into the Olympic programme, Adams had been boxing for years for little acclaim, and even less cash. Three consecutive world silver medals clearly made the Leeds fighter the best hope of the first generation of full-time female fighters – incorporated into the GB Boxing training base in Sheffield – for a medal at her home Olympics.

The women’s boxing programme at London 2012 proved an extraordinary success and Adams was central to its popularity. In her opening bout, she dazzled against the experienced Bulgarian Stoyka Petrova, before winning a fast-and-furious semi-final against India’s Mary Kom, who already boasted five world titles to her name, albeit in a lower weight division.

In the gold medal match, Adams came up against China’s Cancan Ren, the pre-tournament favourite who had denied Adams a first world title just three months earlier. Adams responded by delivering what was almost certainly the greatest performance of her career, dominating her opponent and even flooring her in the second round as she racked up a 16-7 victory, even popping in a trademark ‘Ali Shuffle’ as the seconds ticked down.

Adams retained her Olympic title in Rio before turning professional. Injuries and inactivity affected her progress, and she was unsatisfactorily presented the WBO flyweight title, retiring after one defence due to an eye injury. But Adams’ incredible legacy had already been assured. In gyms up and down the country, the burgeoning number of female fighters is testament to the impact of her stunning introduction at London 2012.