What impact is the coronavirus making in British and world athletics? 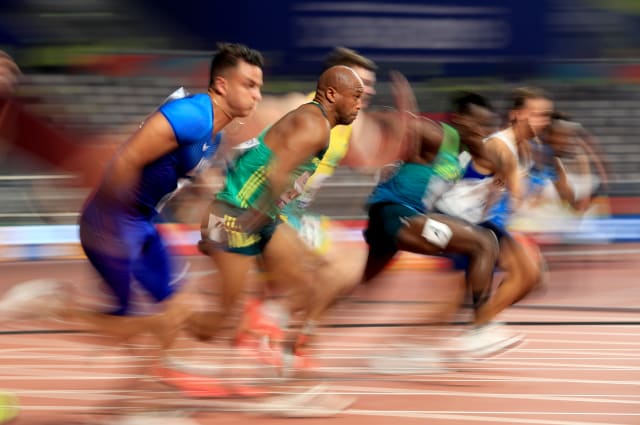 The Olympics in Tokyo have finally been postponed after the IOC and Japan’s government bowed to increasing pressure. The Games will now take place 12 months later, starting in late July next summer. Club training sessions, events, competitions, club committee and face-to-face meetings, athlete camps, running groups and social events have all been suspended in England, Scotland and Wales. Many athletes preparing for the Olympic and Paralympic Games have had their training venues in the UK shut due to Government guidelines about social distancing.

The World Athletics Indoor Championships in Nanjing became the first athletics event to be postponed in January. It was due to be held in March but has been delayed until next year after the coronavirus outbreak. The London Marathon – scheduled for April 26 – has been put back until October 4, while the Manchester and Edinburgh marathons are also delayed. The opening three Diamond League meets in Qatar and China have been postponed and all 675 UK Parkrun events have been put on hold until the end of March. The World Athletics Half Marathon Championships in Poland have been moved to October 17. UK Athletics has said the British Championships, which were scheduled for June 20-21, will now be staged on August 8-9 in Manchester, assuming the situation has improved sufficiently by then.

UK Athletics said it was working on the assumption that all its summer events, which besides the British Championships include the Anniversary Games in London and the Grand Prix in Gateshead, would take place at some point this summer. But as the entire sporting calendar gets a dramatic rewrite, it remains to be seen if they need to be moved. The Anniversary Games is due to be in early July and must be in doubt. Even if sport has resumed, there is every chance West Ham may need the London Stadium as they look to complete the Premier League season.

The European Championships in Paris in August are yet to be cancelled or postponed but it remains to be seen whether they will go ahead. Much will depend on the worldwide situation improving in the next few months. It will be hard to see where it can be placed if they are postponed – especially if the Olympics are moved – with the World Championships in Oregon in August next year.

Athletes are in limbo, especially where the displaced Olympics are concerned, and heptathlon world champion Katarina Johnson-Thompson has left her base in France, saying it was “impossible” to train. Much like every sport, it faces a waiting game over when it can return to normal.