On this day in 2007: Greg Rusedski retires from tennis 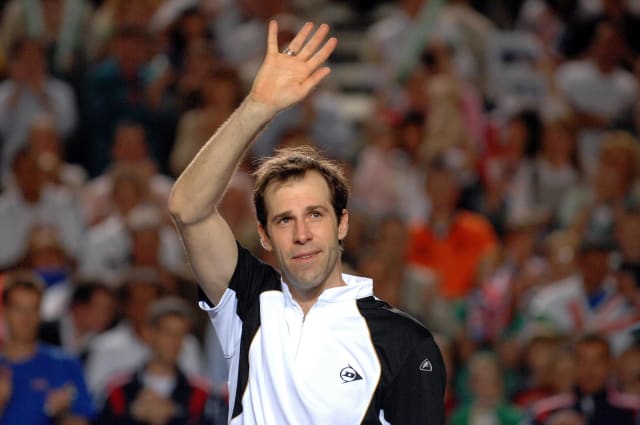 Here the PA news agency looks at where Rusedski places among the best British tennis players in the Open era.

In an era where Roger Federer, Rafael Nadal and Novak Djokovic dominated and dazzled, Murray’s three grand slam triumphs, two Olympic golds and unforgettable rise to number one in the world in 2016 should not be glossed over. The Scot’s major haul would surely have been higher had he not had the misfortune to be contemporary rivals to that all-conquering trio, who repeatedly admonished those who sought to cast him out of tennis’ ‘Big Four’.

In a career that started towards the end of the amateur era and stretched well into the Open era, Wade matched Murray’s number of grand slam successes and reached a peak of world number two in the mid-1970s. Her crowning moment came at Wimbledon in 1977, the tournament’s centenary year, in what remains the last time a British woman prevailed in a major singles competition. Wade also won four grand slam doubles titles alongside Margaret Court.

Gets the nod over the two below her by virtue of her 1976 French Open triumph, which came shortly after her 20th birthday and was thought to be the start of a glittering career. Semi-final appearances at Wimbledon and the Australian Open elevated her ranking to a peak of third in the world in 1977 before injuries gradually took their toll thereafter. However, a record of 15 singles titles and 12 in doubles is still a fine achievement.

The big-serving left-hander wrestled with Tim Henman for British superiority before Murray came along and places higher than his rival because of his 1997 US Open final appearance as well as winning four more singles titles (15 to Henman’s 11). However, Canadian-born Rusedski’s overall record in the major tournaments was undistinguished for a player who climbed as high as fourth in the rankings, reaching only one other quarter-final.

His near misses at Wimbledon, where he reached the semi-finals on four separate occasions without progressing further, earned him a legion of fans while ‘Henman Hill’ is still referred to as such despite his retirement more than a decade ago. Henman was more than a plucky have-a-go hero, though, and also reached the semi-finals of the French Open and US Open, was ranked fourth at one point and boasted wins over a number of all-time greats.