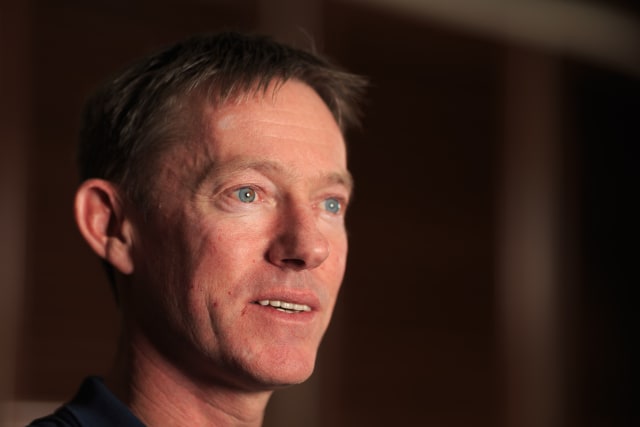 British Cycling performance director Stephen Park believes it is “mission critical” that the UCI provides clarity in the next few weeks on how the postponement of the Tokyo Olympics will affect planned reforms to the track cycling calendar.

The decision to move the Games back by 12 months because of the coronavirus came at a particularly awkward time for the world governing body as it looked to finalise a major overhaul of track cycling which shifts much of the competition to the summer.

The winter World Cup season is due to become the Nations Cup, staged between March and September from next year, and a new Track League was due to follow beginning in the winter of 2021-22.

But the Nations Cup will now clash with the Olympics, while the loss of the World Cup this coming winter means that for Great Britain the only major track competition on the agenda for the next 12 months is the UEC European Track Championships, scheduled for mid October.

British Cycling has written to the UCI seeking consultation as it redraws its ideas.

“The UCI made it clear this week it is a looking at it and that a revised calendar is the utmost priority,” Park told the PA news agency.

“We have liased with the UCI to offer support and to consult on that. There is the challenge of how the Nations Cup is going to roll into an Olympic Games in 2021 and how the Track League comes out of that, and the fact there aren’t any races between now and then.

“It’s mission critical and I can only imagine the UCI is working flat out to get some clarity, but we need to give them some time because we don’t need the answers today. It would be better to get the answer in a month if it is the right answer.”

The UCI did not respond to multiple requests for comment on the situation, but in a statement issued following the postponement of the Games it said: “The decision to postpone the 2020 Games will also be taken into account by the UCI during the reflection currently underway with our sport’s stakeholders concerning the UCI International Calendar in the context of the coronavirus.”

The track qualification process for Tokyo ended at the World Championships in Berlin at the beginning of March, but while nations now know how many riders they can enter in each event, Park expects to see the eligibility period for individuals reopen in case selection issues arise.

“The likelihood is you might want different riders to ride next year than those that might have competed this year,” Park said.

“I don’t expect any of our riders to do so, but if someone were to retire does the person stepping in have the qualifying points they need? I expect the UCI to recognise that so you can have the best athletes racing in 2021, rather than having a race in 2021 for the athletes who were the best in 2020.”

And Park is also keen to see his riders get more opportunities to race between now and next summer.

“From an athletic perspective you want to have some hit-outs,” he said. “These athletes take part in the sport because they enjoy racing.

“I do think there should be some more races, but the UCI has to look at what’s best for everyone.”