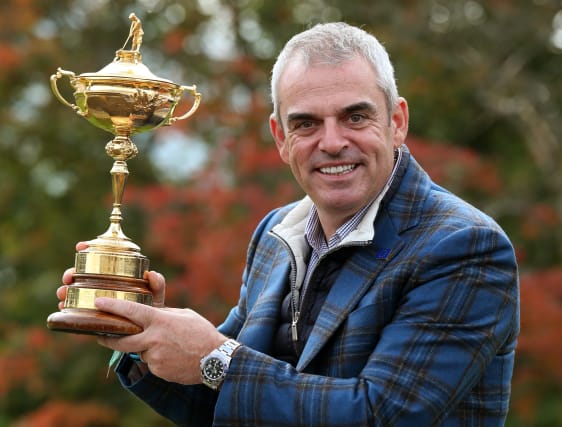 Paul McGinley says he would have liked to have captained Europe in a Ryder Cup held in the United States.

The Irishman led Europe to a 16.5-11.5 victory at Gleneagles in 2014 and, with Sky Sports broadcasting the final day singles on Sunday, took to Twitter to share his thoughts on the occasion and answer questions.

McGinley’s compatriot Padraig Harrington is due to lead Europe at Whistling Straits in September, although the coronavirus pandemic has led to speculation the biennial contest could be postponed until 2021.

McGinley tweeted: “If I was to be Captain again I would like to be an away Captain – we’ve nailed the home captaincy but away still a work in progress and more difficult.”

However, when asked if he would take on the role again, McGinley added: “That ship has sailed – lots of great captains in waiting for Europe though!”

McGinley was heralded at the time for his inspirational leadership as his side outclassed Tom Watson’s Americans.

However, the 53-year-old revealed that he had regrets over his opening morning pairing of Ian Poulter and Stephen Gallacher.

They were beaten 5 and 4 by Jordan Spieth and Patrick Reed, with rookie Gallacher not reappearing until the Sunday singles when he lost to Phil Mickelson and Poulter – so often Europe’s talisman – ending the week with two halves from three outings.

“The 2 guys I feel I didn’t Captain as well as I would have liked are Poults and Stevie G,” he added.

“Didn’t put as much into preparing Stevie as I should have as he made the team so late and then I forced Poults into playing a role shepherding a rookie that wasn’t his forte.”