Mark Cavendish in good spirits despite another frustrating period 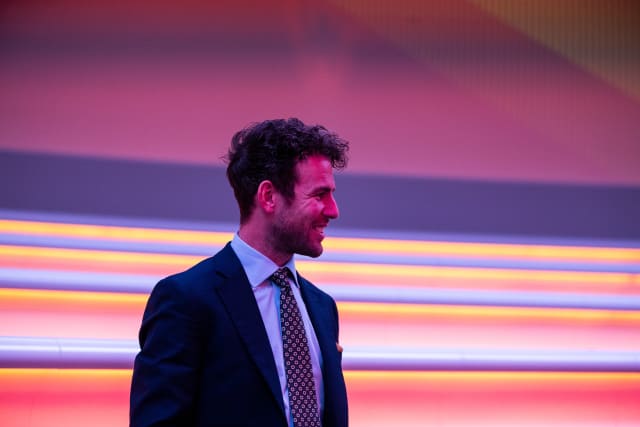 Mark Cavendish could be forgiven if he was sulking his way through the coronavirus shutdown.

The now curtailed cycling season started with high hopes for the Manxman after a period marked by illness, injury and frustration.

The 34-year-old has been locked inside his home gym before, all too recently, facing his own personal fight against the Epstein-Barr virus.

But this time it is different. Compared to what felt like long, lonely days in 2018 and 2019, Cavendish is in a positive mood.

“I’m actually winning,” Cavendish said on a video conference call from his home on the Isle of Man.

“The unknown of when you’re going back racing, I had that for two years, being on the indoor trainer, in the gym every day for two years trying to get back.

“I’m a racer, we’re all racers. We want to go out and race, that’s obvious. But it is what it is. There’s worse problems in the world than a few athletes not being able to compete right now.”

In 2016 Cavendish claimed the most recent of his 30 Tour de France stage wins before leaving the race a week early to travel to Rio, where he took Olympic silver in the omnium.

But after his 2017 Tour ended in a stage five crash, there followed a long battle with the Epstein-Barr virus, prolonged by an initial failure to diagnose it.

It was a period that changed Cavendish’s perspective.

“It’s not just been my physical health which has been dealt a blow over the last couple of years,” he said.

Cavendish was diagnosed with clinical depression in August 2018.

There is little doubt Cavendish has been in a better place following his move to Bahrain-McLaren, a team now headed by his old coach Rod Ellingworth.

“I’m loving it, absolutely loving it,” Cavendish said. “OK, we’re not going anywhere to race right now but there’s a plan to the season, not just for me but for everybody.”

Ellingworth has some understanding of what Cavendish has dealt with physically, having been “knocked for six” when he suffered from Epstein-Barr himself back in 1995-96.

The former British Cycling and Team Sky coach knew the team was taking on something of a project when they signed Cavendish on an initial one-year deal this winter.

“His form is not like 2016 but he’s getting there,” Ellingworth said. “That season was phenomenal. If that was 10 out of 10, he’s somewhere like seven at the minute.

“He came to us one or two out of 10. That’s physical, mental, the passion for it. So he’s progressing really well but he just wants to race.”

For now that is all on hold during the lockdown. Cavendish’s training is limited to gym sessions, short rides around his home, and the turbo trainer.

And, like so many other parents, he is getting a daily workout with Joe Wicks as he embraces some rare time at home with the kids.

The immediate future is uncertain, with the season on hold and Bahrain-McLaren looking to defer a percentage of wages during the shutdown.

But after the dark days of his battle with illness, this time Cavendish cannot feel envy for what he might be missing.

“It’s not like it’s just me this time,” he said. “The other years it was just me and everyone else was getting fit, everyone was racing and I was stuck at home.

“Now there is no competition to perform in so it’s not like I’m missing out. You can only be so frustrated. All we can do is try and keep people safe and get back to normal as soon as we can.”