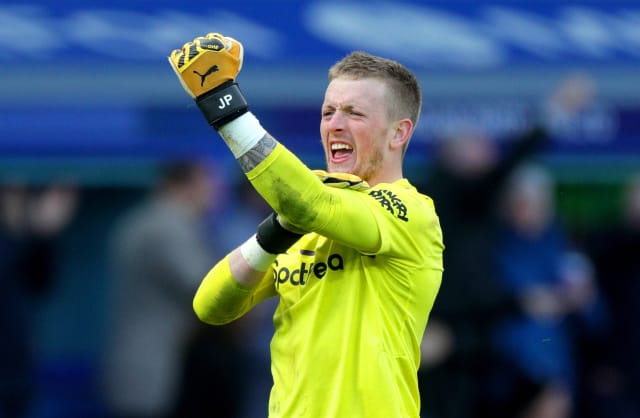 Here, the PA news agency looks at some of the best examples from April 5.

The Square Ball, a Leeds fanzine on Twitter, have raised more than £12,000 for Leeds Fans Foodbank after a 24-hour Football Manager marathon. On the 2008 version of the game, they led United to promotion from League One after starting the campaign with minus 15 points, with comedian Jon Richardson celebrating in style!

As the debate over footballer pay cuts raged on, West Brom announced chief executive Mark Jenkins will work for free during the lockdown.

A host of professional footballers played FIFA 20 to raise funds for UNICEF.

Everton team-mates Jordan Pickford and Dominic Calvert-Lewin were in the first game of the tournament, which included eight Premier League footballers as well as Real Madrid and Wales star Gareth Bale and Juventus and Argentina forward Paulo Dybala.

Cristiano Ronaldo was challenging his followers to do as many ab crunches as they can in 45 seconds. We don’t think there will be many matching the Juventus star’s benchmark.

Watson and boyfriend Courtney Duffus – a footballer for Yeovil – kept each other sharp. But Watson probably should stick to tennis and not take up football.

With no professional racing to speak of, riders have taken to virtual races instead, with Sunday seeing the Tour of Flanders played out via Zwift.

While current skipper Joe Root took part in a golf challenge in his garden after being nominated by Vaughan.