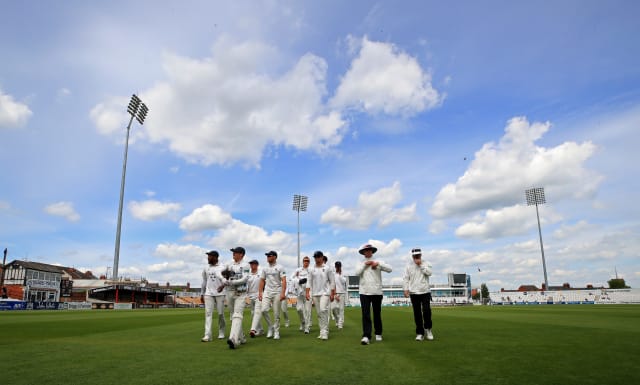 The prospect of wide-reaching furloughs among county cricketers moved a step closer over the weekend, after talks with the players’ union progressed.

With the domestic season in England delayed until at least May 28 and a growing consensus that further postponements will soon be confirmed, the idea of standing down squad members has been under discussion across the first-class game.

Several counties have already placed non-playing staff on the government’s coronavirus job retention scheme, which sees 80 per cent of monthly wages up to £2,500 covered by the public purse, and the issue is now set to move from the back office to the dressing room.

The PA news agency understands that the Professional Cricketers’ Association held its latest conference call with county representatives on Sunday, a productive session which nudged matters towards a mutually agreeable arrangement.

The PCA’s current advice to individual players is not to agree to any furlough or wage reduction while the prospect of a broader collective bargain remains on the table. There is understood to be a sense of pragmatism on both sides, with effectively inactive cricketers and financially depleted employers making for a troublesome combination.

While some of the better-off counties, including several of those boasting Test grounds, face less immediate pressure and may choose to pay their team members as normal, for others the possibility of outsourcing their payroll during the current lay-off could effectively safeguard their business.