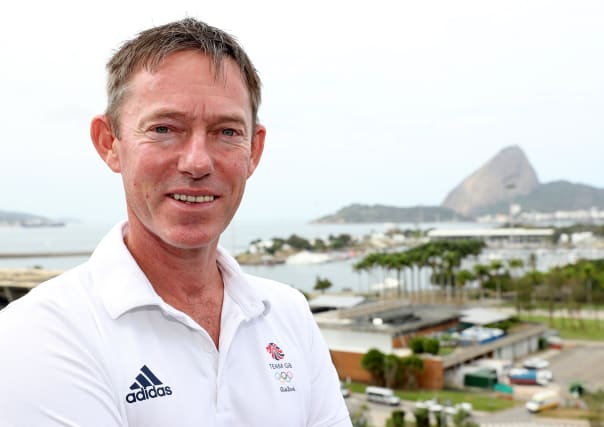 British Cycling performance director Stephen Park says the nation’s elite riders are “gutted” about the postponement of the Tokyo Olympics but believes the extra year can help them bring home more medals.

Last week’s decision to move the Games back 12 months due to the coronavirus came just as riders were ramping up their final preparations for an event they have spent the last three years focusing on.

It requires a major rethink of training schedules but Park is looking at it as an opportunity.

“Everyone was feeling good and coming to form and feeling optimistic about our medal opportunities for Tokyo this coming summer, but everyone understands the challenges the world is facing right now.

“But there is a little bit of relief that we’ve now got one more year so we’ve got a real opportunity to be even better in 2021 than we were in 2020.”

Great Britain came back from the UCI Track World Championships in Berlin at the start of March with only one gold medal – Elinor Barker won the points race, a non-Olympic event – leaving Park to admit at the time their era of dominance in the velodrome may be over.

Britain have won the men’s team pursuit at the past three Olympics but in Berlin they saw Denmark break the world record three times to win in a time of three minutes 44.672 seconds, more than five seconds better than Britain’s fastest ever time.

But Park said there was no sense of panic as they use this time to reset.

“Now we’ve really got an opportunity to bridge that gap,” Park said.

“We’re not going to strip it down and rebuild it because we don’t think it’s broken. Despite what others might think looking in at the results, we weren’t a million miles away.

“We’re not starting again with a blank piece of paper. We’ve got good history, good process in the men’s endurance.”

Three-time Olympic champion Ed Clancy, 35, planned to retire after the Games but is “absolutely up” for 2021 in pursuit of further glory, while at the other end of the age scale Ethan Hayter, 21, is expected to delay his ambitions on the road for a further year.

Hayter – a rider described as ‘The Chosen One’ by Clancy – signed a three-year deal with Team Ineos last year but has been focusing exclusively on the track ahead of the Olympics. Conversations are ongoing between the teams, but Park does not expect anything to change.

“Ineos have always been supportive not just of Ethan but Great Britain as a whole and therefore I’m perfectly confident this is not going to affect Ethan’s run up to the Olympics,” Park said.

“Everyone at Ineos and Great Britain is very hopeful that Ethan continues to perform as one of the most exciting young riders in the country. He’s certainly got a bright future ahead.”

While the elder riders in the team have no plans to depart the stage, Park believes the extra 12 months could see younger challengers emerge.

“In the women’s endurance, Josie Knight has started training this year with the podium programme and in another year she might be challenging to be in the five for the Games,” he said.

“For up and coming riders who were either just in or just out, I’d very much hope this 12 months gives them an opportunity to be challenging and giving the coaches something to think about.”