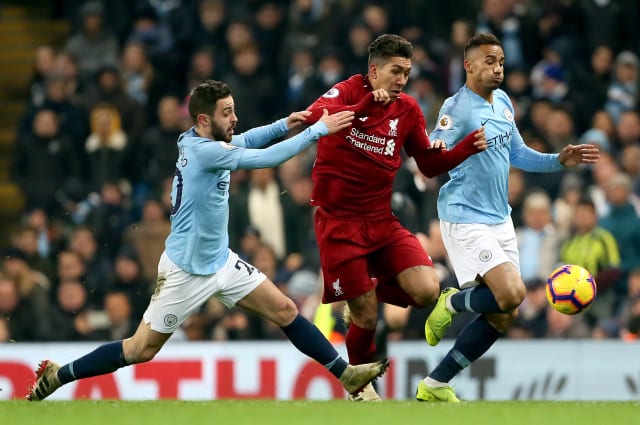 Premier League players taking a 30 per cent salary cut would lead to the government losing out on in excess of £200million in tax revenues, the Professional Footballers’ Association has warned.

On Saturday afternoon, the Premier League discussed its suggested wage deductions or deferrals strategy as it gets to grips with the coronavirus crisis with all clubs, the PFA and League Managers Association via conference call.

Premier League players have been coming under increasing pressure to take a drop in pay, an issue that has become a hot topic since top-flight clubs started placing some non-playing staff on the government’s furlough scheme.

Health Secretary Matt Hancock weighed into the debate during the government’s daily briefing on Thursday, telling Premier League players they should “take a pay cut and play their part”.

While the PFA insists its members want to make “significant financial contributions”, the players’ union warned the government the Premier League’s suggested 30 per cent cut of an annual remuneration amounts to £500m, of which around 40 per cent would be contributed to tax.

“Going forward, we are working together to find a solution which will be continually reviewed in order to assess the circumstance of the COVID-19 crisis.

“The players are mindful that as PAYE employees, the combined tax on their salaries is a significant contribution to funding essential public services – which are especially critical at this time.

“Taking a 30 per cent salary deduction will cost the Exchequer substantial sums. This would be detrimental to our NHS and other government-funded services.

“The proposed 30 per cent salary deduction over a 12-month period equates to over £500m in wage reductions and a loss in tax contributions of over £200m to the government.

“What effect does this loss of earning to the government mean for the NHS? Was this considered in the Premier League proposal and did the Health Secretary, Matt Hancock factor this in when asking players to take a salary cut?”

Oliver Dowden, Secretary of State for Digital, Culture, Media and Sport, revealed he was concerned about the way the talks had progressed.

He tweeted: “Concerned about the turn football talks have taken tonight. People do not want to see infighting in our national sport at a time of crisis.

“Football must play its part to show that the sport understands the pressures its lower paid staff, communities and fans face.”

England manager Gareth Southgate has reportedly agreed to a 30 per cent pay cut, although the Football Association refused to comment when asked by the PA news agency on Saturday night.

Liverpool, the runaway leaders of the Premier League before its suspension, became the latest club to announce they were placing some non-playing staff on furlough.

PA understands that equates to around 200 staff, whose work is effectively idle during the Premier League suspension.

However, Liverpool, who in February announced pre-tax profits of £42million for 2018-19, will top up the public money received from the government to ensure the affected staff receive their full salaries.

After Liverpool joined Newcastle, Tottenham, Bournemouth and Norwich in turning to the government’s job retention scheme, the Reds were criticised by former players Jamie Carragher, Stan Collymore and Dietmar Hamann on Twitter.

Bernie Ecclestone believes this season’s Formula One championship should be cancelled as he does not think enough races can be completed for it to be valid.

The opening eight rounds of the 2020 season have been either cancelled or postponed, with doubts surrounding a number of the other 14 races.

Former F1 chief executive Ecclestone told BBC Radio 5 live: “We should stop the championship this year and start again next year, hopefully, because I can’t see it’s going to be possible to get the right amount of races in that count for a championship.

“There’s got to be eight from memory, and I can’t see them getting that in. It’s a difficult situation.”

Australia coach Justin Langer would be in favour of resuming cricket behind closed doors when it is safe to do so, telling BBC Radio Five Live: “When you started off playing cricket, when you were under age, there’s no crowds there. You played it because you loved playing the game.”