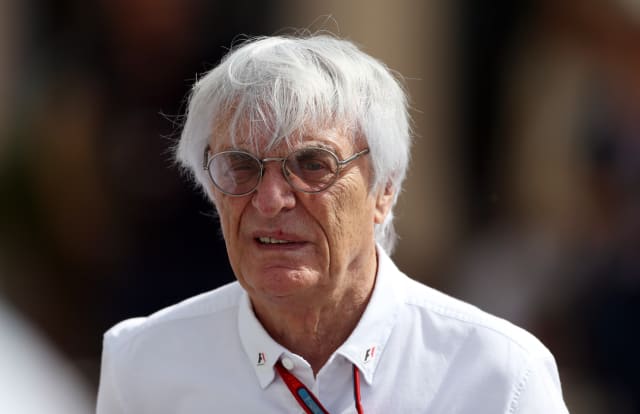 Bernie Ecclestone believes this season's Formula One championship should be cancelled as he does not think enough races can be completed for it to be valid.

The opening eight rounds of the 2020 season have been either cancelled or postponed, with doubts surrounding a number of the other 14 races as the coronavirus pandemic continues to affect the sporting calendar.

A minimum of eight races are required for the championship to be valid, but former F1 chief executive Ecclestone believes that will not be possible.

"We should stop the championship this year and start again next year, hopefully, because I can't see it's going to be possible to get the right amount of races in that count for a championship," the 89-year-old told BBC Radio Five Live.

"There's got to be eight from memory, and I can't see them getting that in. It's a difficult situation."

Should enough races go ahead, Britain's Lewis Hamilton will be attempting to match Michael Schumacher's record of seven drivers' titles, though there have been suggestions a truncated season would diminish the achievement.

But Ecclestone, set to become a father for the fourth time, said: "I don't think it will make a lot of difference to Lewis. He would win whatever the race number, whether it be eight, 16 or 20.

Our Managing Director, Stuart Pringle shares the latest updates on the British Grand Prix and how Silverstone are helping with the Coronavirus pandemic.https://t.co/A2o5Z8YW2r via @SkySports

The British Grand Prix at Silverstone, scheduled for July 19, is in major doubt.

Ecclestone believes the Northamptonshire circuit will be able to cope with the event being cancelled.

"I think they've got themselves organised well and truly not to have to rely entirely on Formla One for everything," he said.

"They've got a very good brand and they do a lot of other things. Whether they would be able to continue all the stuff they do outside of Formula One, at the moment I don't know.

"It's no more easy for them than anyone else at the moment. I think everyone's having to look at what they've done and can do in the future."