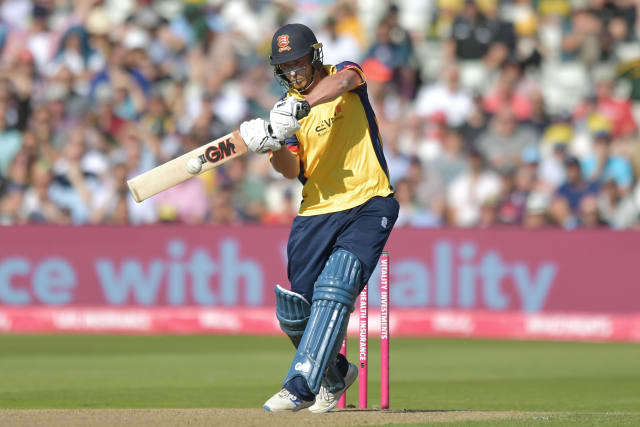 In the second of a series of interviews with county cricket captains, the PA news agency talks to Essex captain Tom Westley.

He took over the reigning Division One champions earlier this year after Ryan Ten Doeschate stood down.

How are you coping with the lack of cricket?

“It’s quite surreal at the moment and it’s still early days. Cricket is rightfully taking a back seat because there’s more pressing matters to deal with. We moved into a new house just before Christmas so there’s been a few projects to get into. I’m filling my time by painting anything I can get my hands on as well as a few DIY jobs.”

What are your most creative home workouts?

“Our spinner Simon Harmer lives about 50 metres down the road so we’ve been running together – with a safe two metre distance. I was two shuttles ahead of him in the pre-season fitness tests so I’m the one two metres front! Me and Harms are trying to order some top of the range footballs so we can practice our keepie-uppies on the village green.”

Are you able to work on any cricket skills?

“That’s had to go on the back burner for now. I should be trying to to hit a few tennis balls against the wall but I’ve got all my cricket kit here and no balls. During the season we like to play a dressing room game called ‘cappie’ – throwing a cap on to the door handle. Our head coach Anthony McGrath and Dimi Mascarenhas are my big rivals but I’ve been practising.”

How are the team staying in touch?

“Like most teams we’ve got our WhatsApp group and I’m sure it won’t be long before someone posts a dodgy video. I think that contact will be important moving forward. For the younger lads especially this could be a really challenging time. I’m in frequent contact with Mags (McGrath) and we’re trying to implement some conference calls for players, groups of four or five at a time just to check in and see that everyone is OK.”

Who are you on lockdown with?

“Me and my wife Rosie. It’s strange because she has a proper job unlike me. She’s a lawyer and has been working ridiculously long hours. I thought working at home meant you could procrastinate and take really long lunches but I’ve never seen anyone work so hard. It’s something us cricketers can’t really comprehend.”

What is your message to the fans?

“As a club we’ve got a very close bond with our supporters and it’s a close community too. They give us incredible support so their safety and well-being is the most important thing. It’s going to be a tough year for everyone but our thoughts are with everyone who has supported us over the years. We’ll come through this stronger.”

How do you see the season playing out?

“Championship cricket is the bedrock of the sport in the UK but these are unprecedented times. The counties need to direct resources towards what brings in revenue and that is T20 and white-ball cricket. Just playing any cricket this year will be a win in itself with everything else going on in the country.”

How can the club help the wider community?

“We’ve been bouncing a few ideas about on how we can help. I posted a video for a young Essex fan who has been struggling at home with his school work. He likes to write stories about Essex so I sent him a Twitter message (saying) ‘Keep working hard’. Those sort of things will be happening a lot in the next few weeks on social media.”

What have you been reading or watching?

“I finally downloaded Spotify in the past month. I only had about eight songs on my phone so I’ve been getting into some old hip hop and r’n’b playlists. Me and Harmer boss the speaker in the changing room and we go big on late 90s hip hop. Ryan Ten Doeschate is the oldest in the squad but he loves Biggie and Tupac. The young guys like it more funky but we’ve got the seniority.”