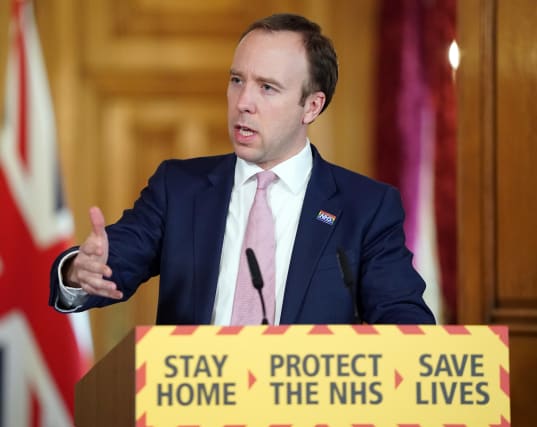 Premier League clubs will consult with players over wage reductions and deferrals amounting to 30 per cent of salary as they grapple with the financial impact of the coronavirus pandemic.

The worsening of the Covid-19 outbreak has led the English professional game to acknowledge that football will not return at the start of May. No restart date has been fixed – instead it will be kept under constant review.

The suspension has created financial issues for clubs throughout the football pyramid, with non-playing staff at a variety of clubs having been placed on furlough leave under the Government’s coronavirus job retention scheme.

There has been pressure – including from the health secretary Matt Hancock – for players to take a financial hit over the last 24 hours and now top-flight clubs will continue talks with the Professional Footballers’ Association over the weekend towards a deal to defer and reduce wages.

Separately, the PA news agency understands Premier League captains have held a conference call to discuss other ways in which they and their team-mates can help worthy causes during this time of national crisis.

“In the face of substantial and continuing losses for the 2019-20 season since the suspension of matches began, and to protect employment throughout the professional game, Premier League clubs unanimously agreed to consult their players regarding a combination of conditional reductions and deferrals amounting to 30 per cent of total annual remuneration,” a Premier League statement read.

“This guidance will be kept under constant review as circumstances change. The league will be in regular contact with the PFA and the union will join a meeting which will be held tomorrow between the league, players and club representatives.”

It remains to be seen whether – subject to agreement – the players’ wage reduction and deferrals would remove the need for Premier League clubs to utilise the Government’s job retention scheme, but that is certainly the expectation of Julian Knight, the chair of the Digital, Culture, Media and Sport committee, who cautiously welcomed the league’s statement.

On Thursday Knight had warned Premier League clubs he would ask Chancellor of the Exchequer Rishi Sunak to consider a windfall tax if they went ahead with furloughing non-playing staff while not seeking wage cuts from players.

He hopes the Premier League goes further, and ensures non-playing staff at clubs outside the top flight can be protected from furloughing.

“It’s good to see this proposal out in the light, now they have got to go and get it done,” he told the PA news agency.

“That will be down to the negotiations with the players’ union and then hopefully we can be a better place where the taxpayer isn’t being asked to fund the economics of the Premier League.

“In the statement it sets out the intent that they should not be relying on furloughing, that actually this should be funded by deferral or cuts (to players’ wages).

“My main concerns were, when I saw the Spurs and Newcastle stories, it sticks in the throat to have taxpayers in any way funding the economic model of the Premier League, which is not in the real world.

“But the focus is really on the smaller clubs and the non-playing staff who are facing real cuts in their income. Personally I’d like to see them guaranteeing 100 per cent of the furloughed staff money. It’s a step in the right direction, but there’s still the agreement to be had, and we’ll see over the next few days how that goes.”

It is understood the EFL is looking for players in its leagues to accept significantly more than a 30 per cent deferral or reduction, as discussions with the PFA continue.

The EFL and the National League were boosted on Friday by the advance of a combined £125million from the Premier League. The money to the EFL is made up of solidarity payments, parachute payments and academy grants.

“These actions will have a positive impact on individual clubs across our three divisions at a difficult and uncertain time,” an EFL statement said.

The Premier League also announced it is donating £20m to the NHS and other community causes.

The advance to the lower leagues, the donation to the NHS and the captains’ initiative were all praised by Knight.

“Some of the clubs from all parts of the football pyramid, are only weeks away from oblivion,” he said.

“This (money) should help, and that is really crucial, if anything that is the most important part of what has happened today.”

On the separate players’ initiative, Knight said: “That would be brilliant. Anyone who does anything like that, hats off to them. Hopefully that will happen.”

The PFA is yet to comment on the Premier League announcement.