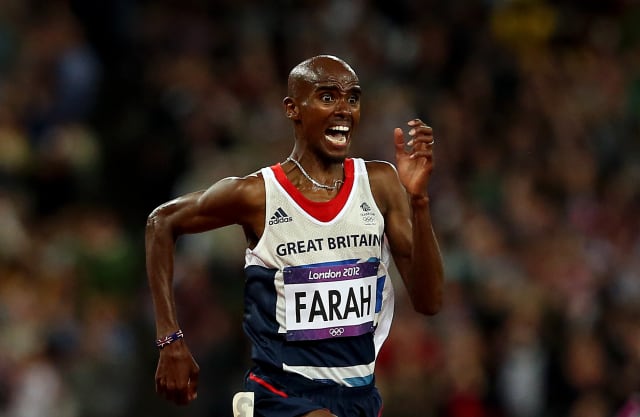 Sir Mo Farah has admitted he was relieved when he discovered the Tokyo 2020 Olympics had been postponed.

Farah’s return to defend his 10,000 metres title will have to wait another 12 months but the 37-year-old conceded it was the only logical course of action due to the coronavirus pandemic.

“We could have been in a far worse situation – there are no races leading up to it, (and) athletes can’t test themselves.

“I would probably need about six, seven, eight races beforehand to see what kind of shape I am in. It is what it is and it gives us another year of preparation.”

Late last year, Farah announced a U-turn on his decision to quit the track to focus on the marathon, and indicated he would seek to add to his Olympic medal haul in the Japanese capital.

Having flown back to Britain to be with his family when the coronavirus crisis escalated, he revealed he is still managing to maintain his training regime.

Farah added: “I am still running every day, just trying to get through this crisis time.

British tennis number one Kyle Edmund said he accepted this week’s news of the postponement of Wimbledon and looked forward to a return to action as soon as possible.

In a message on the Lawn Tennis Association’s Twitter account, Edmund said: “The correct decision has been made – right now, it is impossible to think of playing tennis with what’s going on.

“We need to get through this for the long term, in order for everything to go on. I’m sure next year, in 2021, we look forward to having all the tournaments back again.”

England rugby union captain Sarah Hunter has written an open letter urging people to embrace her sport’s spirit of “togetherness” in order to combat the pandemic.

Hunter hailed the NHS workers who are on the front line fighting the virus, and stressed the importance of staying mentally and physically active as the current nationwide lockdown continues.

Writing on the England Rugby website, Hunter said: “Over the last week or so, I have seen and felt a sense of community and coming together of people looking out for and helping one another.

“In rugby we talk about the strength of the team being the collective rather than the individual and we are seeing the greatest form of ‘Teamwork’ right now in how the nation is working together as one.

“To the NHS and health care professionals, thank you from the bottom of all our hearts for the amazing work you continue to do, you are the real heroes.”

New Zealand cricket officials admit it is “most unlikely” their scheduled tour of Holland, Scotland and Ireland will go ahead as planned in June.

As part of the tour, the Black Caps are due to play a one-day and T20 series in Ireland, followed by one match in each format against Scotland in Edinburgh.

New Zealand Cricket chief executive David White said: “Clearly, this situation is extremely disappointing for everyone involved in sport but, given the bigger picture, and the terrible toll COVID-19 is taking worldwide, we need to look after not only our own people but the greater community good.”

New Zealand also confirmed that the women’s tour of Sri Lanka, due to take place later this month, has been postponed.

A drive-through Covid-19 testing station for NHS workers is being set up at Edgbaston cricket ground in Birmingham.

Warwickshire County Cricket Club has offered its main on-site car park to the Department of Health and Social Care, which will use the area to regularly test NHS staff working in the city and wider West Midlands region.