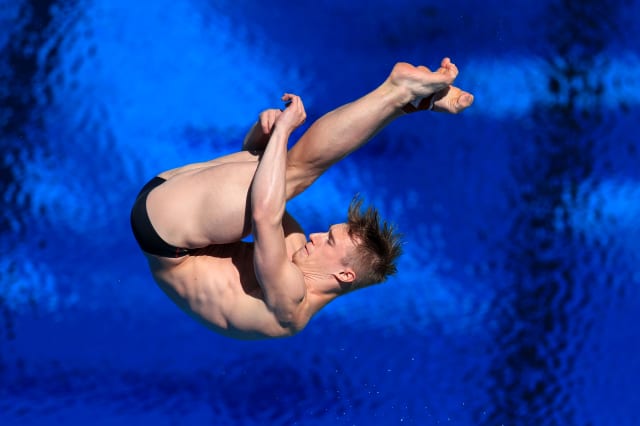 Olympic diving champion Jack Laugher is getting the most out of lockdown life by making a splash against fellow gaming addicts across the globe.

Laugher, who clinched gold with team-mate Chris Mears in the 3m synchro in Rio, spends up to five hours a day battling rivals in games Call of Duty, Apex Legends and Fortnite.

And the 25-year-old admitted: “Three months away from diving is going to be a struggle. But three months without my games would be much harder.”

With his Olympic title defence put on hold until 2021 and a return to the pool ruled out for the forseeable future, Laugher is isolating in Leeds with his girlfriend and fellow Olympic diver Lois Toulson and her parents.

“I play with a group of friends online who I’ve never met. We’ve been playing for eight years and we know more about each other than I know about some of my real-life friends.

“It’s a great way of dealing with the pressure of competition, and it’s also really helping me get through this period of isolation.

“Diving is an absolute passion of mine, but it’s a job at the end of the day. I don’t wake up really excited about doing the strength and conditioning exercise that I’m scheduled for.

“There’s nothing like sitting down and chilling out with a cup of tea, playing some games with friends.”

Laugher admits the prospect of an extra year of training will not help his Olympic defence, but is relaxed about the additional time the one-day delay in the Games has provided.

“Tokyo will be my third Games and every year it gets more difficult to perform at the same level and get my body in the same positions,” added Laugher.

“But I wasn’t in the best form at the start of this year so it’s good opportunity to practice more, and while we’re in this period of no competition, to let my body and mind relax.”

Top Esports stars are now affiliated with football clubs and the International Olympic Committee has indicated an openness to including some events at future Games.

And although Laugher dismissed the idea of a personal career change, he gave a cautious welcome to the idea that he could be rubbing shoulders with gaming competitors at the opening ceremony for Paris 2024.

“I would say I’m above average, but the people at the top of Esports are unbelievable,” said Laugher. “Getting to that level is just as difficult as getting to the top level of diving.

“People say that Esports doesn’t really fit with the physical sporting ethos of the Olympics but I am completely open to new things and maybe one day it could happen.”

Laugher says his most difficult task is convincing his partner Toulson, a former world silver medallist and fellow Tokyo prospect, to share in his long hours of gaming.

“Lois just looks at me with horror, really,” admitted Laugher. “I brought over a game for her to play but she’s just not interested. So I’ve started playing that one as well.”