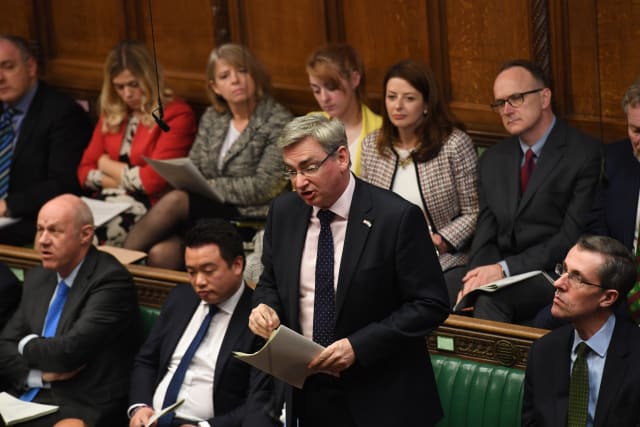 Screening behind-closed-doors matches on free-to-air television would help “bring joy to people” during the coronavirus pandemic, according to the chair of the Digital, Culture, Media and Sport committee.

Julian Knight MP said it would ultimately be up to health experts when and how professional football could return, but said if games had to be played without crowds then he hoped consideration would be given to broadcasters for at least some matches to be available for free.

It was confirmed on Friday that professional football would not return at the start of May, with a restart date being kept under constant review.

Knight told the PA news agency: “To entertain people at home would be a great idea. We’d have to see about that. Sky, when it had the Cricket World Cup final, it gave it to Channel Four to broaden it out.

“All broadcasters are very cognisant of the situation and if they can help alleviate it and basically bring a bit of joy to people, then that’s a good thing isn’t it?

“But (the return of football) is something for the health experts to lead on.

“We have to be driven by what they say, and if they say games can go on behind closed doors to get the season finished then that’s the call of the health experts isn’t it? That’s the over-arching, and only consideration.”

There have been reports that, should football be in a position to return behind closed doors, the Saturday 3pm blackout on televised games could be lifted.

The Premier League and EFL remain committed to completing the 2019-20 season, with UEFA having warned that clubs in competitions which it deems have been cancelled prematurely may not be eligible to play in next season’s Champions League or Europa League.

Premier League clubs are also conscious of the financial impact that the failure to complete the season would have. It has been reported that clubs stand to lose around £750million if no further matches are played.