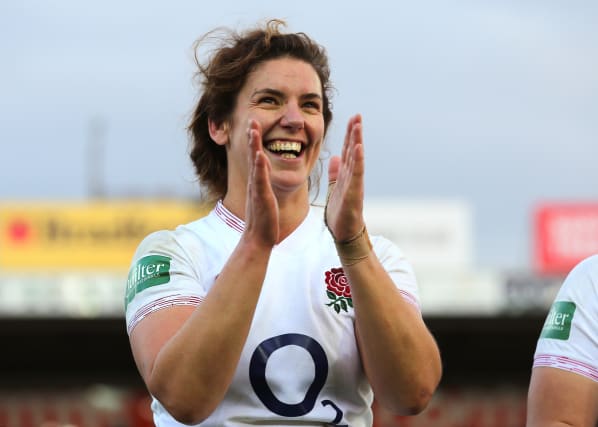 Hunter hailed the NHS workers who are on the frontline fighting the virus, and stressed the importance of staying mentally and physically active as the current nationwide lockdown continues to stretch.

Writing on the England Rugby website, Hunter said: “Over the last week or so, I have seen and felt a sense of community and coming together of people looking out for and helping one another.

“Rugby’s foundations are built on core values of ‘Teamwork, Respect, Enjoyment, Discipline and Sportsmanship’ and I strongly feel these values reflect how our country is living during these circumstances.

“In rugby we talk about the strength of the team being the collective rather than the individual and we are seeing the greatest form of ‘Teamwork’ right now in how the nation is working together as one.

“To the NHS and health care professionals, thank you from the bottom of all our hearts for the amazing work you continue to do, you are the real heroes.”

New Zealand cricket officials admit it is “most unlikely” their scheduled tour of Holland, Scotland and Ireland will go ahead as planned in June.

As part of the tour, the Black Caps are due to play a one-day and T20 series in Ireland, followed by one match in each format against Scotland in Edinburgh.

New Zealand Cricket chief executive David White said: “Clearly, this situation is extremely disappointing for everyone involved in sport but, given the bigger picture, and the terrible toll COVID-19 is taking worldwide, we need to look after not only our own people but the greater community good.”

New Zealand also confirmed that the women’s tour of Sri Lanka, due to take place later this month, has been postponed.

A drive-through Covid-19 testing station for NHS workers is being set up at Edgbaston cricket ground in Birmingham.

Warwickshire County Cricket Club has offered its main on-site car park to the Department of Health and Social Care, which will use the area to regularly test NHS staff working in the city and wider West Midlands region.

Despite the continued cancellation of sporting events across the globe, organisers of The Open delayed an expected announcement on Thursday that the 2020 Championships would be delayed.

The 149th edition is set to start at Royal St George’s in Kent in July and R&A chief executive Martin Slumbers admitted that while no decision has yet been made, postponement is an option.

More clarity on the remainder of the football season is expected on Friday following a shareholders’ meeting at Premier League clubs.

As well as scheduling discussions, officials are set to consider a response to mounting criticism of clubs for furloughing staff while maintaining the hefty salaries of Premier League stars.