Clubs from cancelled leagues could be ineligible for Europe next season 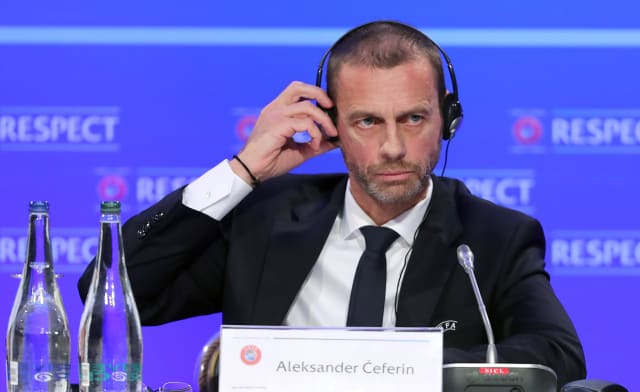 Leagues have been warned their clubs may not be eligible for European football next season if they cancel their competitions prematurely due to the coronavirus pandemic.

The Belgian top flight announced on Thursday it was ending its season, with Club Brugge declared national champions. The league stated it was acting on advice from the government and public health experts in the country.

A letter from the presidents of European governing body UEFA, the European Club Association and the European Leagues group to national associations, leagues and clubs said cancellation should be a “last resort” and warned clubs from competitions deemed to have been cancelled prematurely could be barred from next season’s Champions League and Europa League.

“Since participation in UEFA club competitions is determined by the sporting result achieved at the end of a full domestic competition, a premature termination would cast doubts about the fulfilment of such condition,” the letter said.

“UEFA reserves the right to assess the entitlement of clubs to be admitted to the 2020-21 UEFA club competitions, in accordance with the relevant applicable competition regulations.”

The Belgian Pro League reported on Friday that a conference call had taken place between UEFA, the national football federation and its own representatives regarding the decision to cancel the season.

“This constructive meeting allowed Belgian football leaders to explain in detail the health and economic reasons for the recommendation issued yesterday by the board of directors, and to challenge any approach that would consist in forcing a league to continue competing in the current state of the health crisis on pain of not being able to participate in European competitions next season.

“In favour of solidarity within European football, our representatives called for a variable approach to this concept which makes it possible to take into account the specificities of each league.”

The parties will convene again within the week, the Pro League said.

The letter to the leagues stressed the importance of national associations and competition organisers acting in unison.

“With no unity and no solidarity, nobody will be able to get out of the crisis as we are all interdependent,” the letter warns.

A working group is looking at the fixture calendar, and the letter stated it will advise as soon as possible – and ideally by the middle of May – about which plan for resumption to follow.

“Their work is now focusing on scenarios encompassing the months of July and August, including the possibility that the UEFA competitions restart after the completion of domestic leagues,” the letter continued.

“A joint management of calendars is strictly required as the conclusion of the current season must be co-ordinated with the start of the new one, which may be partly impacted because of the overstretch.

“Stopping competitions should really be the last resort after acknowledging that no calendar alternative would allow to conclude the season.”

A second working group has been set up by UEFA to look at the economic and regulatory impact of the Covid-19 outbreak, including the issue of standard player contracts which expire on June 30.

On Wednesday UEFA postponed international matches due to be played in June, including the Euro 2020 play-off ties, clearing the way for domestic league action should circumstances allow football to return by then.

The financial imperative for leagues to complete the season became apparent earlier this week with the news that Canal Plus and beIN SPORTS were withholding payments to the Ligue de Football Professionnel (LFP) due to the suspension of Ligue 1, for which those broadcasters hold the domestic rights in France.