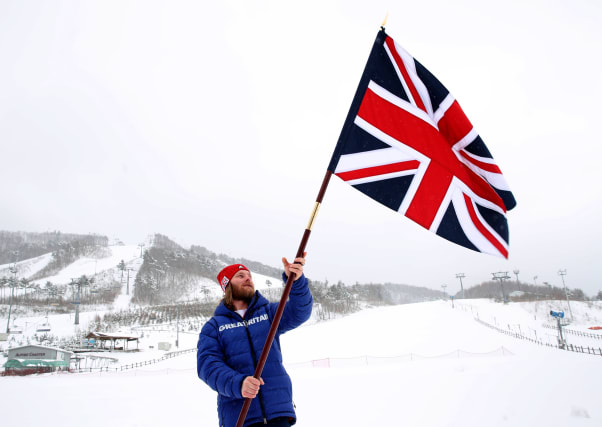 Action man Owen Pick is counting down the days until he can resume his thrill-seeking lifestyle after being confirmed as Britain’s latest snow-sport champion last month.

The 28-year-old para-snowboarder was awarded a Crystal Globe for topping the world rankings in Banked Slalom, following the announcement that the season was being curtailed due to the coronavirus crisis.

It was bitter-sweet result for Pick, who had also been targeting the overall world title, but he admits it was nothing compared to his frustration at being cooped up waiting for the nationwide lock-down to ease.

Pick told the PA news agency: “It’s pretty s*** to be honest – it’s my longest time indoors and it’s definitely not my favourite thing in the world.

“I’ve already got a hiking trip to Scotland planned then I’m going to head to France to surf for the rest of the summer – at least that’s the plan.”

Pick, who lost his right leg whilst serving in Afghanistan in 2010, now has plenty of time to contemplate his second Winter Paralympics, having finished a disappointing fifth on his debut in Pyeongchang in 2018.

“I’ve had an amazing season and it’s just a shame the last two competitions were cancelled, because otherwise I could have got the overall title as well as Banked Slalom,” he added.

“Snowboarding is going insane for Great Britain at the moment, with Katie Ormerod also winning a Crystal Globe last month, and we’ve made massive moves forward over the past two seasons.

“When I started, winning a Crystal Globe was never on my radar. I never thought I’d be up there with so many good riders, but this season everything has just gone so much better than I hoped.”