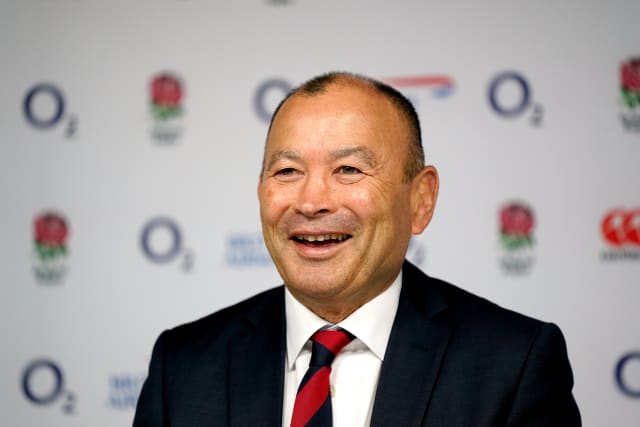 Eddie Jones will lead England to the next World Cup after agreeing a contract extension until the end of the tournament in 2023.

The Australian took over in 2015 and will is now set to become the country’s longest-serving head coach, eclipsing Sir Clive Woodward with an eight-year stint.

Jones’ existing deal was due to expire in 2021 but talks have been ongoing around new terms since England’s runners-up finish at last year’s World Cup in Japan.

If there were any doubts about the 60-year-old’s hunger to commit to going one better next time around, he dismissed it by settling himself a typically bullish goal: being the best of all time.

“I never thought coming here four years ago I would be doing a second four years but the circumstances are right,” said Jones.

“I am excited about raising the standards again. We have a great team. We set out four years ago to be the best team in the world and unfortunately we missed that by 80 minutes.

“Now we want to be the team that is remembered as being the greatest team the game has ever seen. It’s a big ambition but I believe we are capable of doing it. We have players with an enhanced reputation, we have a team that is expected to do well, so it’s a great opportunity for us to keep moving forward.”

By re-engaging Jones for an additional two years the Rugby Football Union has made a significant move in terms of forward planning, at a time when sport across the globe has run to a standstill due to the coronavirus pandemic.

Acknowledging the difficult time being faced by many Jones, who last month accepted a 25% pay cut as part of the RFU response, added: “We are all looking forward to a time when we can get back to playing rugby and use the sport as a force for good in bringing people back together.”

Jones has won two Six Nations titles – including the 2016 Grand Slam – and his side top the 2020 edition’s standings on points difference with one match against Italy as yet unplayed.

Bill Sweeney, CEO of the RFU, said: “My thoughts and those of all of us at the RFU are with everyone impacted by COVID-19, both across the country at large but also within our own rugby union community. In exceptionally difficult times, we are pleased to be sharing some good news.

“We are delighted that Eddie will continue as head coach to run England’s campaign to take us to the 2023 Rugby World Cup. His record since joining speaks for itself and he has proven why he is one of the best coaches in world rugby.

“The progress shown by England since 2015 has been indisputable and having fielded the youngest-ever team to play in a World Cup final, we know even more growth is possible.

“We have announced Eddie’s contract extension a few weeks later than planned as our focus was diverted to support the English rugby community during this difficult time, we are now turning our attention to developing plans to support the rebooting of rugby and a winning England team will provide a vital role in that.”