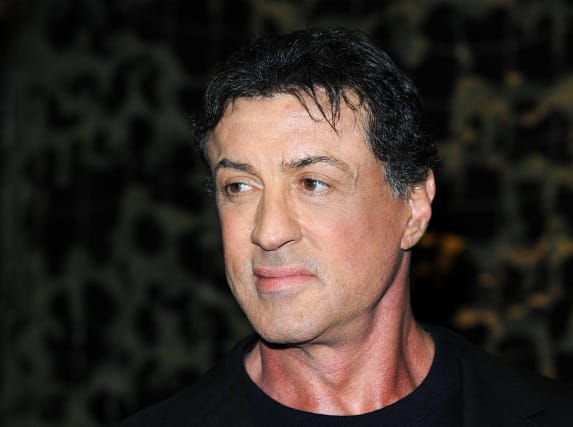 When world heavyweight champion Apollo Creed rolls into town only to find his scheduled fight postponed, promoters seek to salvage the situation by setting up a fight against a local tough. Up steps Rocky Balboa, a journeyman professional armed with enough potential cliches to make the money-men happy. Duly, Rocky battles through a tumultuous home life and attains extraordinary levels of fitness by banging sides of ham and running up steps. Inevitably, Rocky’s rags-to-riches trajectory ends in his audacious title bid, and a set-up clearly designed to set the mood for a sequel.

Inspired by watching Muhammad Ali’s fight against journeyman Chuck Wepner, and by the autobiography of former world middleweight champion and renowned New York street tough Rocky Graziano, Sylvester Stallone wrote the screenplay himself, and insisted on playing the title character. Former world heavyweight title challenger Archie Moore was initially lined up to play Creed, but pulled out and the role went to Carl Weathers. World champion Joe Frazier also made a brief appearance in the movie.

The ‘Rocky’ franchise has become such a cliche – the starting-point for countless so-called ‘Real-life Rocky stories’ that it is easy to forget the film won the 1976 Best Picture Oscar. It suffers for two reasons – comparison Robert de Niro’s brilliant and much more complex ‘Raging Bull’, and its succession of increasingly preposterous sequels, which cheapened the brand to the point of mockery. Amid all that, ‘Rocky’ still deserves to stand among the best and certainly the most renowned sports movies.

Rocky II – ostensibly the rematch – was to be expected, and perfectly fine. Standards start slipping sporadically in an otherwise reasonable Rocky III, featuring Mr T as Rocky’s opponent Clubber Laing. Despite veering into preposterous symbolism, it’s hard not to like Rocky’s clash with Dolph Lundgren’s Ivan Drago in Rocky IV. Rocky V was wholly rubbish, but the franchise was re-booted almost decades later, and regained some credibility with ‘Rocky Balboa’.