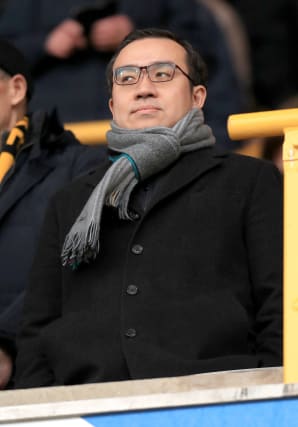 Wolves have put their search for a new sporting director on hold because of the coronavirus pandemic.

The club are hunting a replacement for Kevin Thelwell, who left for New York Red Bulls in February.

But the PA news agency understands the process is currently off and will be reassessed when the impact of the virus is clear.

The club had begun speaking to possible candidates, via a recruitment firm they had been working with, before the outbreak – which has caused all elite football to be postponed until at least April 30.

The role could evolve and decisions are yet to be made over exactly what responsibilities any future recruit would have.

Wolves have also been working without a chief executive since Laurie Dalrymple left in July, while Thelwell moved to New York after more than 11 years at Molineux.

Chairman Jeff Shi has taken on many of their responsibilities, with the help of other senior members of staff.

He is still likely to retain some of them when a new man comes in, depending on when the coronavirus outbreak allows the club to return to normal.

Wolves have no current plans to furlough staff, unlike Premier League rivals Newcastle who have placed members of their non-playing staff on furlough leave as they attempt to protect the club from the long-term effects of the coronavirus pandemic.

Owners Fosun have already donated 2,300 pieces of equipment to health teams in Wolverhampton.

Protective clothing, consisting of face masks and coveralls, were sent to New Cross Hospital and Public Health teams in the city while a donation of 12 tons of medical supplies arrived in Portugal earlier this week.