What athletes got upto during the coronavirus lockdown on Tuesday 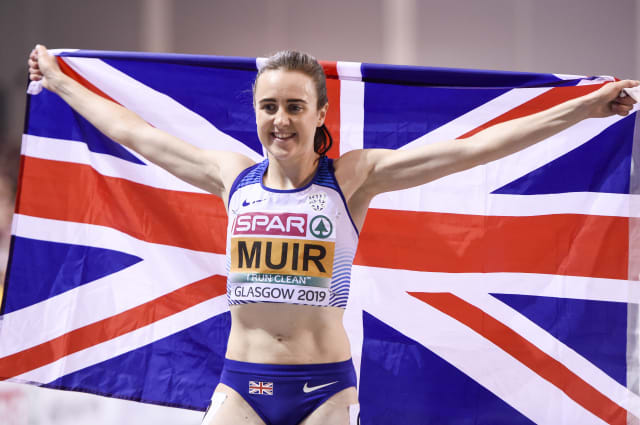 The coronavirus pandemic has put a halt to the world’s sporting action and left players and athletes across the world with plenty of time on their hands.

Here, the PA news agency looks at what some of them got up to on Tuesday.

Bristol City striker Benik Afobe – on loan from Stoke – is determined not to let his skills go rusty during the lockdown after recovering from a serious knee injury which has kept him out since September.

Laura Muir also revealed her special talent as the European 1500m champion put her her time to good use now the Olympics has been postponed.

While double Olympic champion Max Whitlock looked to get the nation active by filming Gymnastics with Max from his home.

Former WBO heavyweight champion Joseph Parker tried to lighten the mood with a video to the Foundations’ Build Me Up Buttercup – including a cameo from Tyson Fury.

World 200m champion Dina Asher-Smith also looked to make use of her time at home to ensure she kept in top condition.

Ex-Australia spinner Shane Warne held an Instagram Live where he named the combined best England XI he had played against.

American pole vaulter Sandi Morris, who won Olympic silver in Rio four years ago, refused to let the coronavirus lockdown get in the way of her training in the USA and narrowly avoided a nasty injury.