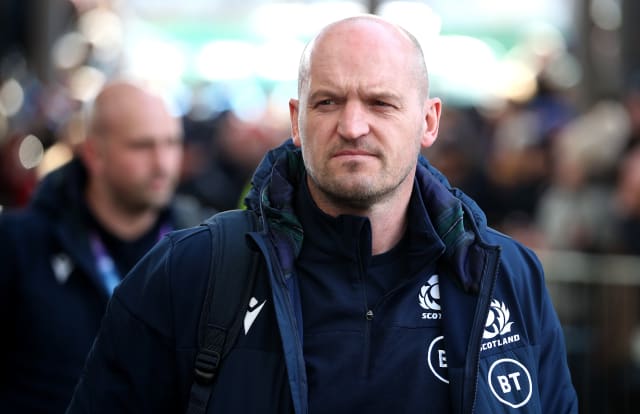 Scotland coach Gregor Townsend and Murrayfield chief Mark Dodson have agreed to salary deferments as the Scottish Rugby Union accepts the coronavirus shutdown is likely to have major consequences for “some time to come”.

Townsend, plus his counterparts at Glasgow and Edinburgh, Dave Rennie and Richard Cockerill, and SRU performance director Jim Mallinder has each agreed to a 25 per cent deferral.

SRU chief executive Dodson will defer 30 per cent of his wages from April 1 through to September 1.

The decision was taken during a conference call last Friday, when the SRU’s executive and non-executive directors also agreed to a 25 per cent deferral.

Murrayfield bosses spent last week surveying the damage caused by the cash-flow crisis sparked after sport was forced into lockdown a fortnight ago.

Critics have pointed out that in particular Dodson – who was paid a total of £933,000 in wages and bonuses last year – has only agreed to suspend a chunk of his hefty salary rather than accept a pay cut for the duration of the pandemic threat.

But SRU sources insist that this is only the first step taken by the board and further measures – including making use of the government’s furloughing scheme and pay cuts for staff and players – may yet have to be considered the longer the shutdown goes on.

Scotland’s final Guinness Six Nations clash with Wales in Cardiff has already been shelved and may not be played until October.

And the SRU has also now admitted there are major doubts over whether the summer tour to South Africa and New Zealand will go ahead.

Meanwhile, work on Edinburgh’s new 8,000-capacity stadium on Murrayfield’s back pitches has also been put on hold until after the government lifts its call for social distancing.

In a statement, the SRU said: “Significant and detailed work is ongoing at a pace to review the considerable financial impacts on Scottish Rugby and the game in Scotland at all levels in respect of Covid-19.

“In addition, various business scenarios are being considered in respect of resumption of professional and international rugby and detailed financial modelling activities are ongoing against each scenario.

“The board (has been) provided an update on PRO14, EPCR and Six Nations in respect of the challenges all these organisations that support our finances were also having.

“We are currently closely analysing the government support options being offered to organisations so that we will continue to feed this into informing our actions.

“It was noted by the board that the evolving crisis gripping the country will have significant challenges for the game at all levels in Scotland for some time to come.

“Once the board has further considered the relevant information and its potential impacts it will share a further update with our staff and stakeholders.”

SRU chiefs have also declared they are ready to contribute to the “national effort in any way possible” – including making Murrayfield and its facilities available to the government if required.

Chairman of the Scottish Rugby Board, Colin Grassie, said: “We are working extremely hard to navigate the sport of rugby in Scotland through these extremely challenging times. We would like to thank all our staff, sponsors, stakeholders for their support and collaboration.

“We have a huge challenge ahead of us, but we will get there together and we will leave no stone unturned to ensure the long-term sustainability of Scottish Rugby and the sport in Scotland.”