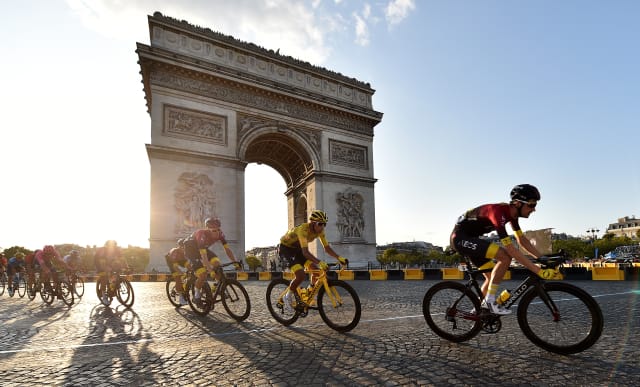 Mitchelton-Scott sport director Matt White has questioned whether it would be safe to run the Tour de France on its planned dates whether it took place ‘behind closed doors’ or not.

French sports minister Roxana Maracineanu revealed last week organisers ASO are looking at ways the 107th edition of the race – which has previously only ever stopped due to war – could still start in Nice as planned on June 27, despite the spread of the coronavirus outbreak across Europe.

The public would be kept away from the roadside, but several riders, including 2018 Tour winner Geraint Thomas, have questioned the value of the race without fans, while White is unsure if it would be safe.

“The next four-five weeks is crucial, that the virus infections come down to a very low level in Europe,” White said on his team’s website.

“At the moment we’re not seeing that, and I would think that, as it stands at the moment, it would be pretty hard to run the Tour de France at the current dates starting at the end of June.

“We’re not talking about four-five venues, we are a travelling circus. We’re talking about 2000 people; teams, media, logistics and movement between 20 hotels over 25 days.

“Safety has to remain the priority.”

White’s Australian-registered team – who include Simon and Adam Yates on their roster – were among those to take the decision to stop racing due to the outbreak prior to the cycling calendar being suspended in full. Adam Yates had built his season’s plans around the Tour.

There has been no racing since Paris-Nice finished one day early on March 14, with every event on the WorldTour calendar up to and including the Giro d’Italia now postponed or cancelled.

The Criterium du Dauphine, a traditional warm up for the Tour, remains scheduled to start on May 31, but further postponements are expected, and White added it would not be practical for the Tour de France to stand alone on the calendar.

“By May, I think we’re going to have to see the virus nearly out in most of Europe for ASO to consider (the Tour) running on the dates that it is currently set for,” White said.

“But now with the Olympics off the cards, it does leave a window for later in July and even early August. Maybe that’s the most viable option to run the Tour de France in full, and I’m sure that’s what the ASO want to do – they want to run a three-week Tour de France.”