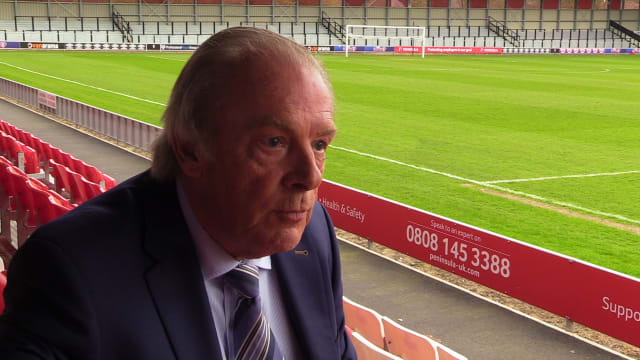 Professional Footballers’ Association chief executive Gordon Taylor has warned there must be no relaxation of rules relating to the financial conduct of clubs as the union continues discussions on wage deferrals.

The PFA will continue talks with the Premier League and the English Football League on Wednesday about the issue of players deferring salary in order to help their clubs manage the impact of the coronavirus pandemic, which has forced a halt to English professional football.

A division-by-division agreement may not be possible, Taylor concedes, but he suggested a task force could assess deferrals at clubs on a case-by-case basis.

What the union is keen to avoid is a situation where clubs defer payments to players on hardship grounds but then move into the transfer market.

He told the PA news agency: “It’s not a time to be relaxing regulations on financial propriety when we have already had problems with Football League clubs such as Bury.

“If a club is doing deferrals then the regulations state that they would be embargoed from signing any players,” he said.

“It’s ridiculous to have clubs deferring their obligations to players and then making big-money transfer signings.

“Also the football creditor rule must remain in existence rather than have clubs build up debts, many of which would be to the players, and then write those off, and look to reform again. So there are lots of situations we need to be protected from in order to hold things together.

“We feel it’s much better if we have a task force, and that we look at particular clubs in particular divisions through that means in order to justify things to the players.

“What tomorrow’s meeting is to look at is all the financial data from clubs in their respective leagues and then to have a structure in place to deal with those clubs who are most in need.

“But it’s about trying to avoid clubs doing their own thing without any particular structure or guidance so that you end up with players at one club envious of players at another.”

Taylor said the idea of the Premier League season, which on Friday could be suspended indefinitely, being played behind closed doors in a World Cup-style camp, was “not a favoured option” for getting the season completed.

“That’s an issue which might be of concern to players, being away from wives and families if this is still going on,” he said.

“Even playing behind closed doors can take resources away from the NHS which has to be the utmost priority, so that again is not a favoured option. I don’t think that’s a favoured option of anybody.”