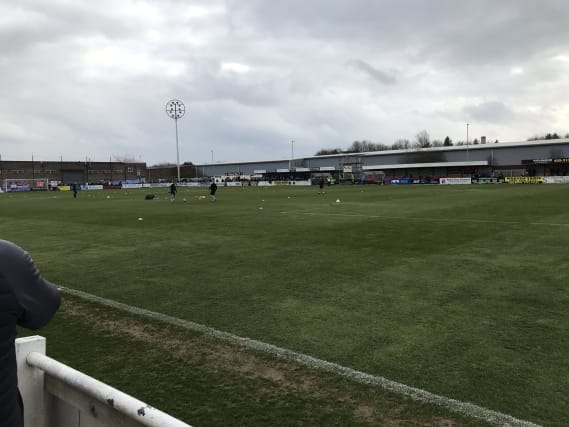 More than 100 clubs, including Peterborough, have now signed a letter to the Football Association to express “profound concern and displeasure” with the decision to expunge all results for the 2019-20 season at non-league and grassroots level.

The governing body has said the decision was made by the leagues and supported by the FA Board and FA Women’s Board, though it is yet to be ratified by the FA Council.

A letter sent to the FA on Monday carried an initial 64 signatories from across non-league football, but has attracted additional support since first being published, with South Shields saying on Tuesday morning the number had surpassed 100.

Peterborough owner Darragh MacAnthony also confirmed via social media that he has signed the letter on behalf of the Sky Bet League One club.

“Many thanks to @theposhofficial and their owner @DMAC102, who tonight agreed to sign the letter in a show of solidarity with those in the non-league pyramid,” a tweet from South Shields said.

The letter accuses the FA of acting with “needless and inexplicable haste” in acting to void the season and said this was “coupled with (a) total lack of substantive dialogue or consultation with affected clubs”.

Signatories to the letter said they agreed with the decision to halt play during the ongoing health crisis, but could not understand why results were voided in the lower leagues while the Premier League, EFL and others remain on hold with the hope of completing the season.

“Most clubs in steps three to six have now completed 70-80 per cent of their league fixtures, and it is incomprehensible that these results should be delegitimised and expunged on the basis that the final quarter of the season cannot be fulfilled in the future,” the letter said.

“Our demand for the FA to reconsider its decision is also about sending a message to the fans of our clubs, who have spent hard-earned money to follow their teams up and down the country, letting them know their support was not in vain.”

Jersey Bulls and Vauxhall Motors, two clubs who had already mathematically achieved promotion from their respective divisions this season, are among the signatories to the letter, but others said they were doing it to protect the integrity of competition.

They pointed to the FA’s stated desire to complete the FA Trophy, despite the fact one semi-final will pit Southern Central Division One side Halesowen Town – whose season stands to be voided – against National League South side Concord Rangers – whose campaign remains valid.

The letter also rejected the FA’s assertion in its own statement it “reached a consensus” with steps three to six of the National League System, saying many clubs were against the move while others were not properly consulted.

“A crisis like this is a watershed moment for the FA and the relationships it chooses to have with non-league and grassroots football,” the letter said.

An FA spokesperson said: “The decision taken to end the 2019-20 season across steps three to seven of the National League system, the women’s football pyramid and the wider grassroots game was made by committee representatives for the respective leagues, and was supported by the FA Board and the FA Women’s Board.

“It will now go to the FA Council for ratification. We fully support the decision they came to during these challenging and unprecedented circumstances for English football.”