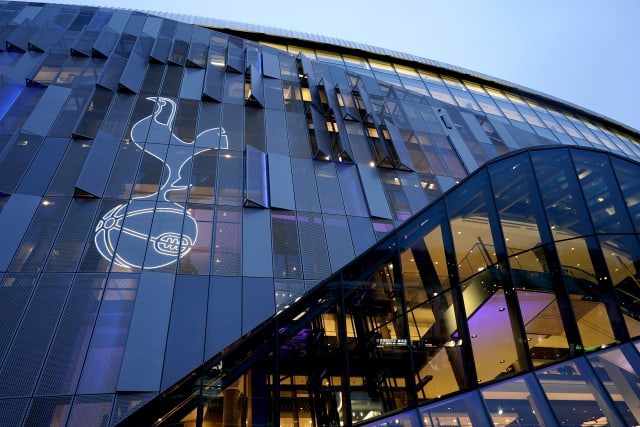 Tottenham are reducing the wages of non-playing staff by 20 per cent and Scottish rugby is deferring salaries for head coach Gregor Townsend and Murrayfield chief Mark Dodson in response to the coronavirus pandemic.

Spurs’ decision means that 550 employees will endure the cuts for the next two months and comes after Premier League rivals Newcastle furloughed their staff.

“The club’s operations have effectively ceased, some of our fans will have lost their jobs and most will be worried about their future,” Spurs chairman Daniel Levy said.

“Our sponsors will be concerned about their businesses and our media partners have no certainty when we may play games again or whether we will be allowed to play in front of our fans.

“In the meantime, the club has an annual cost base running into hundreds of millions of pounds.

“We have seen some of the biggest clubs in the world such as Barcelona, Bayern Munich and Juventus take steps to reduce their costs.

“Yesterday, having already taken steps to reduce costs, we ourselves made the difficult decision – in order to protect jobs – to reduce the remuneration of all 550 non-playing directors and employees for April and May by 20% utilising, where appropriate, the Government’s furlough scheme.”

Meanwhile, the Scottish Rugby Union has acted by announcing deferrals of 25 per cent for Townsend, his counterparts at Glasgow and Edinburgh Dave Rennie and Richard Cockerill, and performance director Jim Mallinder.

SRU chief executive Dodson – who was paid a total of £933,000 in wages and
bonuses last year to make him the sport’s highest paid administrator – will defer 30 per cent of the payments he is due from April 1 through to September 1.

Premier League side Burnley are making Turf Moor available to the NHS in case extra hospital capacity is needed and have promised to issue free tickets to hospital staff for future games.

Parts of the The Clarets’ home ground home, starting with the Elite Training Centre adjacent to the stadium, will be opened to the East Lancashire Hospital Trust.

In addition, the club will be following Brighton’s lead in offering free tickets for health care staff for future matches to “recognise and reward the contribution of NHS workers in our region”.

Rugby Australia has stood down 75 per cent of its workforce and is to impose
salary reductions on its Wallabies after forecasting losses of up #60million
because of the coronavirus pandemic.

Three-quarters of the governing body’s staff will not be working for the next
three months from April 1 and those remaining have been offered significant
salary reductions or reduced hours.

RA chief executive Raelene Castle, who has taken a 50 per cent salary
reduction, says the cuts will now be extended to the Wallabies.

Australia rugby players are facing pay cuts (Ashley Western/PA)“We will work closely with RUPA to reach an agreement which is appropriate
given this unprecedented situationv” Castle said.

James Haskell’s mixed martial arts debut has been put on hold after Bellator announced the postponement of its London show on May 16.

The former England rugby union international was due to make his heavyweight bow at the SSE Arena in Wembley after last year announcing he had signed for the MMA organisation.