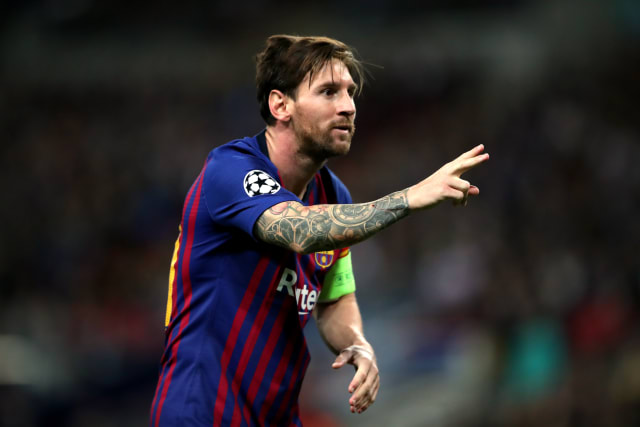 The world of sport entered another week in lockdown due to the coronavirus crisis.

Here, the PA news agency looks at some of the reaction on March 30.

“The time has come to announce that, apart from the reduction of 70 per cent of our salary during the state of alarm, we are going to make contributions as well so that club employees can collect 100 per cent of their salary for the duration of this situation.” – Lionel Messi announced Barcelona’s players have accepted a 70 per cent pay cut and pledged donations to help the club’s non-sport staff continue to receive their full wages.

“We have done the best we could with people donating, we have done very well. We have got to the £100,000 mark which means we get to feed 400,000 children, so it’s been very positive.” – Manchester United forward Marcus Rashford said helping children was his top priority after working to get food to those who relied on free school meals.

“UEFA has invited the General Secretaries of its 55 associations to a video-conference on Wednesday to share an update on the progress made by the two working groups created two weeks ago and to discuss options with the potential rescheduling of matches.” – UEFA announced it will meet this week as they continue to plot European football’s path through the coronavirus pandemic.

“That’s where golf, I think, differs. It will be interesting to see what restrictions are in place when we get playing. I’d just be fearful that players might not get visas if they’re from certain countries. We’ll just have to wait and see.” – Irish golfer Shane Lowry fears golf could struggle to return to normality as quickly as other sports when restrictions are eventually lifted.

“I just want to do a quick video message just to say how deeply embarrassed I am by about what’s happened this weekend. I know it’s a tough time for everyone at the moment, being locked indoors for so long and I obviously just got a call off a friend asking to go round to his – and I stupidly agreed to do so.” – Aston Villa midfielder Jack Grealish after ignoring the lockdown to visit a friend.

“Tomorrow (Monday) we have one more element on the table than in the past few weeks because after the words of Minister Spadafora, the concern that the championships will end here is there. You must therefore ask yourself the problem of the end of the season from a sporting point of view, of contracts.” – Italian Footballers’ Association president Damiano Tommasi on the possibility that the season is over in his country.

“The idea was to organise a camp where we could bridge this mentally and physically somewhat dead time and that would be the ideal time for the infection to come. These are all strong young men in really good health. That way they would be prepared whenever the action starts.” – Red Bull motorsport advisor Helmut Marko revealed his bizarre suggestion that the team’s drivers should try to become infected with coronavirus as it is the “ideal time” with the season on hold.

“I definitely think it’s the ideal sport to play in the lockdown…There’s so many kids sitting at home bored at the moment and this is the ideal thing for them to learn a new skill. Maybe they’ll enjoy it and in a few years we’ll have a lot more kids coming through.” – British number one table tennis player Liam Pitchford.

“I’m sure at some point in the coming weeks there will be a discussion. I’m also aware there are discussions that will take place between the Professional Cricketers’ Association and the ECB. That’s not my area of expertise.” – England cricket captain Joe Root on the possibility of the country’s top cricketers taking a temporary pay cut.

“I am also involved in the bodies of the ATP and WTA. The necessary decisions have already been made there and Wimbledon will decide to cancel next Wednesday. There is no doubt about it.” – German tennis federation vice-president Dirk Hordorff.