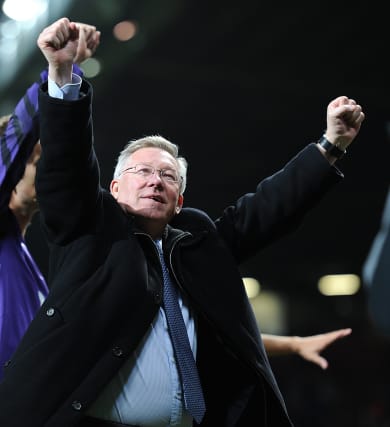 Liverpool still trail Manchester United in the all-time table of days spent top of the English top-flight – and you can watch the battle unfold here.

From Preston’s “Invincibles” dominating the early days to United and Liverpool’s recent battle for overall supremacy, the PA news agency has tracked every club’s days at the summit since the first Football League season in 1888-89.

With Liverpool top for 206 days since August 17 and with this season’s title all but assured when play was halted due to the coronavirus pandemic, it has prevented them eating further into United’s lead – which stands at 577 days.

North End were top for every single day of the inaugural season and our animated graph shows them racing out to a huge lead, which is then overhauled by Aston Villa before the turn of the century.

Everton, Sheffield United and Sunderland are also prominent in the early days, with Liverpool clocking up 31 days in the 1890s and Manchester United first appearing in 1907 – the latter race into the top six as the decade ends.

The Toffees are first to overhaul Villa at the top and remain the team to catch, bursting clear in the late 1960s and leading until their neighbours from across Stanley Park take over in 1977.

Their lead swells almost to four figures before Liverpool’s resurgence under Jurgen Klopp sees the momentum swing once more, with the latter ending on 3,870 days to United’s 4,447.

Third-placed Arsenal are over 1,000 further back on 2,789 and Everton, Chelsea and Villa follow, with Manchester City seventh on 1,164 and Sunderland, Leeds and Wolves rounding out the all-time top 10.