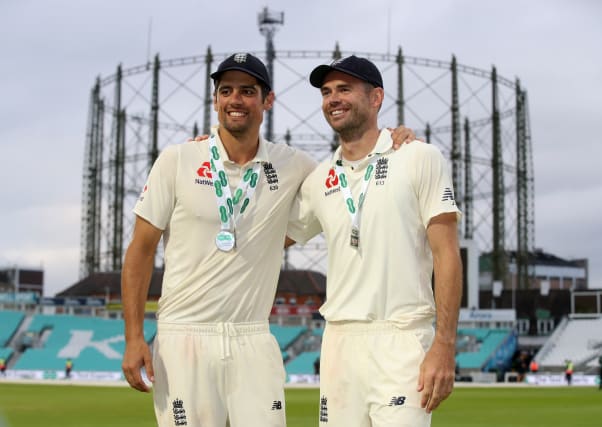 As with all sports English cricket has been brought to a halt by the coronavirus crisis, offering the opportunity to reflect on some of the greats the nation has produced down the years.

Here the PA news agency picks 10 of the finest players to have represented England in Tests.

It is well over a century since he died, but if there was a Mount Rushmore of legacy cricketers the long, distinctive beard of William Gilbert Grace would be front and centre upon it. By most reasonable estimates the sport would not exist as mass entertainment were it not for the star power he exuded across more than four decades.

A mythical figure, whose heady mixture of seam, swing, spin and pace is passed down by word of mouth as some kind of unrepeatable sorcery. Barnes claimed 24 five-wicket hauls in just 27 caps – only four fewer than England’s all-time record wicket-taker James Anderson has posted in 151 appearances. A bowling average of 16.43 provides further evidence of his pedigree.

The small matter of 61,760 first-class runs and 199 centuries – more than any other cricketer has ever recorded – settles Hobbs’ place in any all-time list. That number would have been even more impressive had it not been for the First World War, but whether it was for Surrey or England there was always considerable style to underpin the statistics. Churned out scores well past his 50th birthday and remains Test cricket’s oldest centurion, at 46.

In a career that ran almost exactly parallel to the most celebrated batsman in history – Australia’s Sir Donald Bradman – Hammond still managed to forge a remarkable reputation. He averaged 58.45 across two decades in England colours, with 22 hundreds topped by an unbeaten triple in 1933. Superior in almost all regards he was unusually athletic for his era, a talented seam bowler and top-tier slip.

A name that most aspiring cricket players learn before they have mastered their first cover drive and feted as one of the most elegant batsmen to play the game. Upon his death in 1990 he was described as “a God to me” by the substantial figure of Ray Illingworth. England’s first professional captain and scorer of a then world record 364 in just his sixth Test.

‘Fiery Fred’ was the definitive Yorkshireman and the definitive rambunctious fast bowler, a dangerous mix for anyone standing 22 yards away. He was the first ever man to reach 300 Test wickets and at the time it seemed feasible he would be the only one. Trueman raised the bar for those he played with and set it high for any who followed.

A force of nature, a rock star in whites and the man who hoisted cricket to the forefront of the public imagination throughout the 1980s. His personal life played out like a soap opera at times but it was always his on-field achievements that captivated most. ‘Botham’s Ashes’ lingers as a defining moment in the sport’s greatest rivalry almost three decades on. With 14 Test centuries and 383 wickets – a national record until 2015 – he remains the high bar for English all-rounders.

A true master of swing bowling and a marvel of longevity in the demanding discipline of pace bowling. It was Anderson who relieved Botham of his wickets record and he has gone on to extend that mark to an unimpeachable 584. No seamer of any nationality has dismissed more batsmen, played more matches or bowled more deliveries at the highest level.

‘KP’ enjoyed/endured one of the most colourful international careers in recent memory, taking in bust-ups, reconciliations and a brief, acrimonious tilt at the captaincy. As time passes he will be better remembered – and more joyously – as one of the most creatively-minded innovators of his or any other generation. Gifted to the point of genius, his methods nudged the accelerator on cricketing progress.

Ken Barrington and Herbert Sutcliffe were more celebrated in their time, David Gower more beloved by the purists and Graham Gooch more impactful as a leader. It is Cook who retired with a clutch of England records to trump them all, though: most Tests (161), most runs (12,472) and most centuries (33). An exemplar in cricketing alchemy – converting finite ability into towering returns.