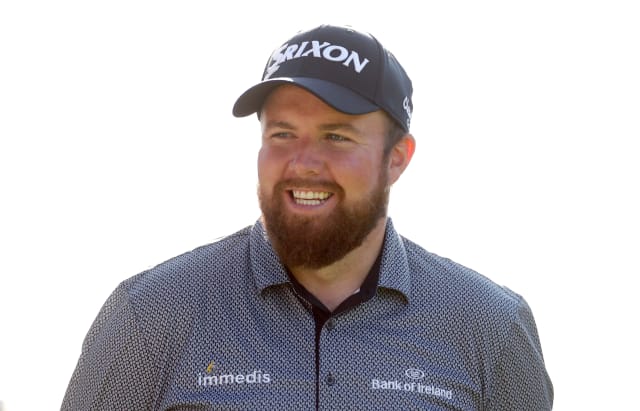 From stars rallying round their local community to more information on the Olympics’ rescheduling, sport endured another turbulent day on Monday.

(All times are BST)

08.11am – Italian Footballers’ Association president Damiano Tommasi has admitted it is time to consider scrapping the current football season due to coronavirus. Italy’s Minister of Sport Vincenzo Spadafora suggested that he would propose a further extension to all sport in the country.

10.19am – Open champion Shane Lowry fears players from countries badly affected by coronavirus may not get visas when golf returns after the global pandemic. He told Sky Sports: “It will be interesting to see what restrictions are in place when we get playing.”

10.59am – Promoter Eddie Hearn has indicated that boxing could return behind closed doors as the sport continues to count the cost of the pandemic. Hearn told TalkSport: “We all hope we can return to some kind of boxing in June. Whether that’s behind closed doors at first, or whether that’s back with small-hall shows then we hope we can get to the bigger shows before the end of June.”

11.39am – Wimbledon officials have yet to make a final decision on the fate of this year’s tournament but the cancellation of the championships remains likely, the PA news agency understands. German tennis federation vice-president Dirk Hordorff claims it has already been decided, and told Sky Sports Germany: “I am also involved in the bodies of the ATP and WTA. The necessary decisions have already been made there and Wimbledon will decide to cancel next Wednesday.”

12.39pm – Red Bull motorsport chief Helmut Marko has revealed he suggested the team’s drivers should try to become infected with coronavirus as it is the “ideal time” with the season on hold.

12.39pm – Bournemouth winger David Brooks has said he would be happy for the Premier League season to be completed behind closed doors. Premier League bosses are understood to be considering a World Cup-style camp to complete the campaign, with teams based at hotels and matches staged at a small number of venues. “If the Premier League want to do that and the club are happy to do that then I personally don’t really have any problems with it,” Brooks told Talksport.

13.09pm – Lionel Messi confirms Barcelona’s players will take a 70 per cent pay cut and will make donations to ensure the club’s staff continue to receive their full salaries. Messi posted on Instagram: “If we did not speak until now, it was because the priority for us was to find solutions that were real to help the club.”

13.12pm – The Tokyo Olympics will take place between July 23 and August 8 next year as organisers seek to buy themselves, athletes and federations the maximum time to prepare amid the uncertainty caused by the pandemic. The Paralympic Games will now take place between August 24 and September 5.

14.51pm Tottenham have allowed their stadium to be used to support vulnerable individuals affected by the pandemic. Chairman Daniel Levy said: “As a club, we have always been clear about our commitment to the wider community – never has this been more important than it is now.”

16.08pm – The Dubai Duty Free Irish Open – the Rolex Series event scheduled to take place at Mount Juliet from May 28 to 31 – was postponed.

17.36pm – Jack Grealish said he was “deeply embarrassed” after he “stupidly agreed” to go to a friend’s house during the coronavirus lockdown – an incident that led Aston Villa to fine their captain.