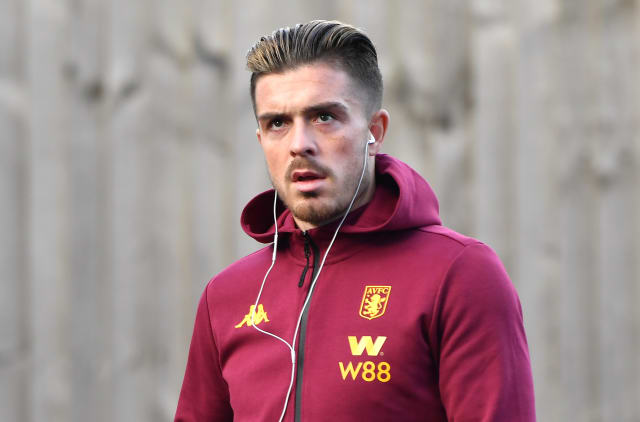 Aston Villa captain Jack Grealish is "deeply embarrassed" after he "stupidly agreed" to go to a friend's house this weekend during the coronavirus lockdown, he said in a video message on Twitter.

West Midlands Police said they were called just before 10am on Sunday to the Dickens Heath area of Solihull to reports that a Range Rover had crashed into two parked cars in the street, causing them minor damage.

The force said the driver had left his details with a member of the public before leaving on foot and would be spoken to by police in due course.

Images surfaced online on Sunday of a damaged white Range Rover, as well as a picture that appeared to show the Villa midfielder in slippers and a bright blue hoodie.

Less than 24 hours before the incident, the 24-year-old Grealish had launched a video appeal for people to stay at home during the Government-enforced lockdown.

Grealish, whom Villa confirmed would be fined, said on Twitter on Monday: "I just want to do a quick video message just to say how deeply embarrassed I am by about what's happened this weekend.

"I know it's a tough time for everyone at the moment, being locked indoors for so long and I obviously just got a call off a friend asking to go round to his – and I stupidly agreed to do so.

"I don't want anyone to make the same mistake that I did, so I obviously urge everyone to stay at home and follow the rules and the guidelines of what we've been asked to do.

"I know for a fact that I'll be doing that in the near future now and obviously, like I said, I urge everyone to do the same.

"I hope everyone can accept my apology and we can move on from this and hopefully obviously in the near future we can all be out and enjoying ourselves again once this has all boiled over."

Following Grealish's video message, Villa released a statement confirming the player would be disciplined and fined, with the proceeds going to a local charity.

"Aston Villa is deeply disappointed that one of our players ignored the Government's guidance on staying at home during the coronavirus crisis," a club statement read.

"Club captain Jack Grealish has accepted that his decision to leave his house was wrong and entirely unnecessary. It breached the Government guidelines which are clear and should be adhered to by everybody.

"The player will be disciplined and fined with the proceeds donated to The University Hospitals Charity in Birmingham."