Remembering when Sir Steve Redgrave completed five in a row 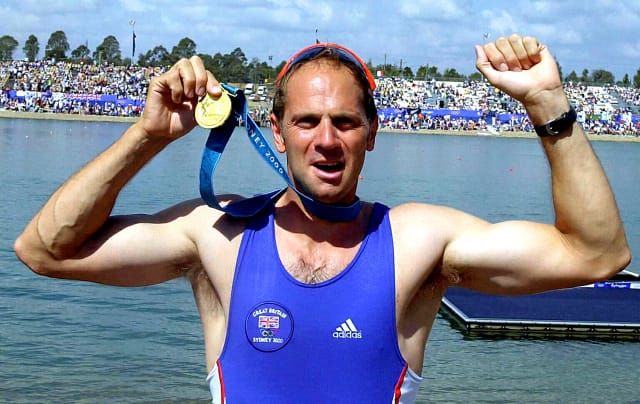 His achievements were even more remarkable given they spanned five consecutive Games between 1984 and 2000.

Almost 20 years on, the PA news agency looks back at Redgrave’s history-making moment in Sydney.

“If anyone sees me go near a boat, you’ve got my permission to shoot me,” Redgrave famously declared after winning his fourth Olympic gold, in the coxless pairs at Atlanta in 1996. The triumph put him alongside Welsh swimmer and water polo player Paulo Radmilovic – who claimed his fourth gold at the 1920 Antwerp Games – as Britain’s most successful Olympian. Redgrave soon reversed his retirement plans and returned to training in preparation for what, at the age of 38, would be an unforgettable trip Down Under.

Glory alongside Matthew Pinsent on Lake Lanier was Britain’s only gold of the 1996 Games. It was his third successive triumph in the coxless pairs, which began alongside Andy Holmes at Seoul in 1988, and continued with Pinsent at Barcelona in 1992. His journey towards Olympic greatness had started with victory in the coxed fours in Los Angeles in 1984, completing a team comprising Richard Budgett, Andy Holmes, Martin Cross and cox Adrian Ellison.

Redgrave’s history-making moment would come in the coxless fours. Pinsent would again join him, in addition to Tim Foster and James Cracknell. Just months into training for the 2000 Olympics, Redgrave was diagnosed with type two diabetes at the age of 35, which left him fearing for his rowing future. He had to become accustomed to injecting insulin and regularly changing his diet in order to keep up with a gruelling training regime.

A crowd of 22,000 spectators, including Redgrave’s family, roared in triumph as the British team crossed the finishing line ahead of silver-medallists Italy and third-placed Australia. The narrow winning margin was just 0.38 seconds but Redgrave sensed his team always had it in the bag. “It sounds a little bit arrogant but I always felt we were in control of what we were doing. We were certainly in the zone that day,” he later said. Pinsent celebrated the success by clambering over Foster to embrace his exhausted long-term team-mate, before falling into the water.

Redgrave duly hung up his oars having cemented his status as an Olympic great with success at the Sydney International Regatta Centre in Penrith. He was named BBC Sports Personality of the Year in 2000 and knighted in the 2001 New Year Honours. Cyclists Sir Chris Hoy and Jason Kenny have since surpassed the 58-year-old’s achievements in terms of quantity of gold medals, while Sir Bradley Wiggins also has five. However, Redgrave remains the only man to have won gold medals at five different Olympic Games in an endurance sport, a feat which may never be equalled.